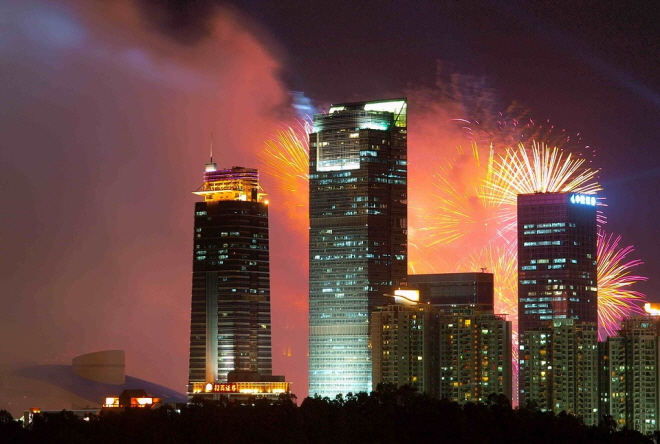 Heavy metal substances included strontium, barium, potassium, and magnesium, all of which are used in fireworks to display bright colors. (image: Pixabay)

SUWON, Mar. 29 (Korea Bizwire) — The Gyeonggi-do Institute of Health and Environment (GIHE) released a report that suggests that fireworks that took place in various locations in China during national holidays were the cause of increased heavy metal concentrations in fine dust sweeping over Gyeonggi Province.

Two days after the Chinese Spring Festival, famous for its massive fireworks, the institute saw concentrations of heavy metal in the atmosphere hike by more than 13 times compared to usual levels.

Similar results came two days after the Lantern Festival, when concentrations rose by two to five times higher than average.

Heavy metal substances included strontium, barium, potassium, and magnesium, all of which are used in fireworks to display bright colors.

Even in China, ultrafine dust levels in Beijing and Shenyang jumped by as much as 1.7 times following the festivities.

The institute argued that the heavy metal substances most likely originated in Shanghai, Beijing, and the Northeast region of China since South Korea does not typically set off fireworks during the Korean New Year’s Holidays; most plants are shut down during those times, and levels of strontium, barium, and other heavy metal substances stay constant when there are no festivities; and the course of the wind blew from China towards South Korea.

“The study clearly shows how fireworks in China are affecting air quality in South Korea, which will serve as significant scientific evidence to prove the source of severe fine dust,” said Yoon Mi-hye, director of the GIHE.

“We will continue to study the substances that form the fine dust particles to find fundamental ways for resolution.”