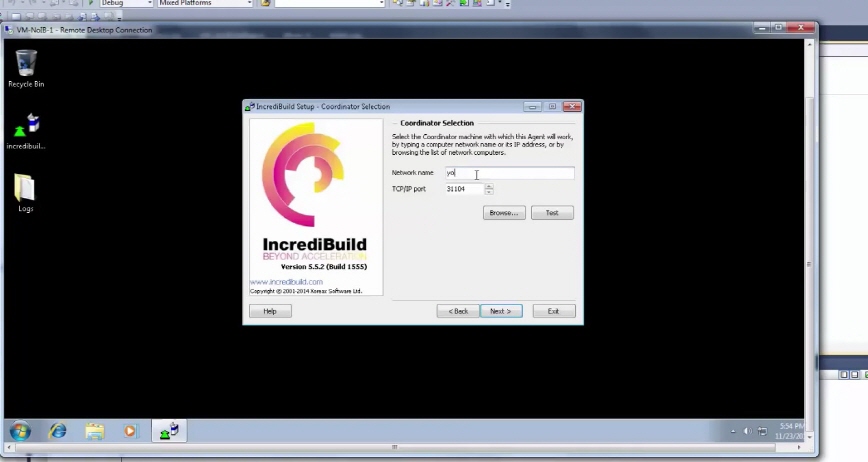 IncrediBuild saves hours of developers’ time waiting for their build, testing, packaging, or other development processes as part of the Continuous Integration and Continuous Delivery process. (image: IncrediBuild)

IncrediBuild saves hours of developers’ time waiting for their build, testing, packaging, or other development processes as part of the Continuous Integration and Continuous Delivery process.

IncrediBuild for Linux and Android supports the most popular Linux distributions, such as Ubuntu, Red Hat Enterprise Linux, and CentOS and can accelerate most built tools and various development tools without any integration, changes to source code, or build tools environment. IncrediBuild for Linux is the only solution that allows organizations running multiple Linux distributions to accelerate their development on the same platform. For example, teams running Red Hat Enterprise Linux, CentOS, as well as Ubuntu can all benefit from IncrediBuild’s power without configuring different build processes for each platform separately.

“Being able to directly visually audit the build process to look for bottlenecks while reducing execution time with IncrediBuild significantly speeds up our ability to deliver innovative solutions to customers,” said Richard Trotter, DevOps Support Engineer at GeoTeric.

• Immediate “Out of the Box” deployment – As the only enterprise solution on the market that is truly plug-and-play, developers using IncrediBuild can be operational in minutes, without the need for system integrators or professional services. With IncrediBuild for Linux there is no need for developers to change their source code, build tool or build scripts, enabling easy adoption and implementation. IncrediBuild is theonly solution that let teams to speed up their development tooling and quickly deliver to the market, thus enabling flexibility and preventing vendor lock-in.

• Accelerate any development tool or application – IncrediBuild is the only solution that accelerates any multi-process compute-intensive process. Up until now, Linux and Android developers could only accelerate Make and GCC, two build tools. Many teams are using other tools or even their own tooling. In addition to compilation acceleration using Make and GCC, it is the only solution that accelerates many different development tools and applications such as Make variants (GMake, QMake, CMake) Gradle, Scons, WAF, Rake, Ruby and others. Various testing tools such as GTest, as well as many compilers out-of-the-box, such as gcc, c++, g++, clang, icc, cc1, arm variants, java, javac, cuda, Intel C++ compiler. IncrediBuild is the only solution that allows developers to easily configure any other development tool that supports multi-job execution such as packaging, QA scripts, rendering tools, and other time-consuming development processes including home-grown tools.”

• Build visualization and Analytics – IncrediBuild allow a developer to record and replay the entire build process execution and provide an intuitive real time monitoring to build execution in a very easy to use graphical representation providing statistics and reporting. It allows a developer to drill into low-level data as well as monitor their build health, identify and detect key errors and detect build dependencies, anomalies, and inefficiencies. It is the only solution that provides a centralized area to inspect previous builds, replay, and analyze them. This helps enable and optimize Continues Delivery as well as aid regulatory compliance. Until now the only way Linux developers could analyze what was going on as they compiled their software was to rely on the command line and long textual output.

IncrediBuild is a sponsor of LinuxCon North America and will be exhibiting at booth 301 from August 17-19, 2015.

IncrediBuild, developed by Xoreax Ltd., is a leading solution provider of software development and continuous delivery acceleration technology. Harnessing unutilized processing power across networks, IncrediBuild speeds code compilations builds and other development processes as part of the overall continuous integration (CI) processes. With its unique container-based process virtualization technology, IncrediBuild has become the de-facto standard solution for development acceleration. Founded in 2002, more than 100,000 users at over 2,000 companies and organizations, including 20 Fortune 100 companies, depend on IncrediBuild.

All copyrights belong to their respective owners.
Media Contact