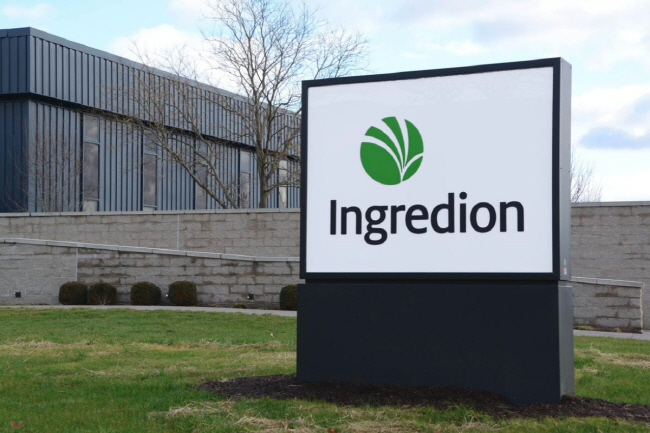 WESTCHESTER, Ill., Aug. 1 (Korea Bizwire) — Ingredion Incorporated (NYSE: INGR), a leading global provider of ingredient solutions to diversified industries, today reported results for the second quarter 2019. The results, reported in accordance with U.S. generally accepted accounting principles (“GAAP”) for 2019 and 2018, include items that are excluded from the non-GAAP financial measures that the Company presents.

“During the second quarter, we experienced foreign exchange impacts and rapidly changing raw material markets. Our teams have taken aggressive pricing actions to mitigate foreign exchange impacts. We experienced an increase in the net cost of corn in North America due to continued crop inventory imbalances arising from the U.S./China trade dispute. We are closely monitoring raw material markets and selectively capitalizing on opportunities to partially offset the higher cost of corn,” said Jim Zallie, Ingredion’s president and chief executive officer.

“As a result of the actions we took to accelerate our Cost Smart savings program, we now expect to deliver $30 million to $40 million of 2019 year-end cumulative run-rate savings, an increase from the $24 million to $34 million of savings previously anticipated.”

“Our specialty growth platforms delivered increased net sales in the quarter led primarily by sugar reduction and specialty sweeteners. We are nearing startup of Allulose production at our manufacturing facility in San Juan del Rio, Mexico, which will complement our existing portfolio of specialty sweeteners. In addition, we progressed our plant-based proteins growth strategy and are actively filling our customer pipeline with anticipated sales in the second half of the year. We have also expanded our relationship with Verdient Foods to increase the capacity to produce food-grade, higher-value specialty pulse-based flours and concentrates.”

“We expect modest growth in the second half of the year. However, due to the recent increase in corn costs, our expectation for net corn costs in the second half in North America is higher. Our adjusted EPS guidance for 2019 is now in the range of $6.60-$6.90,” added Zallie.

**Totals may not foot due to rounding

Conference Call and Webcast Details
Ingredion will conduct a conference call today at 7:30 a.m. Central Time hosted by Jim Zallie, president and chief executive officer, and James Gray, executive vice president and chief financial officer. The call will be webcast in real time and will include a presentation accessible through the Company’s website at www.ingredion.com. The presentation will be available to download a few hours prior to the start of the call. A replay of the webcast will be available for a limited time at www.ingredion.com.

ABOUT THE COMPANY
Ingredion Incorporated (NYSE: INGR), headquartered in the suburbs of Chicago, is a leading global ingredient solutions provider serving customers in more than 120 countries. With annual net sales of nearly $6 billion, the company turns grains, fruits, vegetables and other plant materials into value-added ingredients and biomaterial solutions for the food, beverage, paper and corrugating, brewing and other industries. With Ingredion Idea Labs® innovation centers around the world and more than 11,000 employees, the Company develops ingredient solutions to meet consumers’ evolving needs by making crackers crunchy, yogurt creamy, candy sweet, paper stronger, and adding fiber to nutrition bars. For more information, visit ingredion.com.

Forward-looking statements include, among other things, any statements regarding the Company’s future financial condition, earnings, revenues, tax rates, capital expenditures, cash flows, expenses or other financial items, including the Company’s expectations for 2019 adjusted EPS, operating income, adjusted effective tax rate, cash from operations and capital expenditures, any statements concerning the Company’s prospects or future operations, including management’s plans or strategies and objectives therefor, and any assumptions, expectations or beliefs underlying the foregoing.

These statements can sometimes be identified by the use of forward-looking words such as “may,” “will,” “should,” “anticipate,” “assume”, “believe,” “plan,” “project,” “estimate,” “expect,” “intend,” “continue,” “pro forma,” “forecast,” “outlook,” “propels,” “opportunities,” “potential,” “provisional” or other similar expressions or the negative thereof. All statements other than statements of historical facts in this release or referred to in this release are “forward-looking statements.”

Actual results and developments may differ materially from the expectations expressed in or implied by these statements, based on various factors, including changing consumption preferences including those relating to high fructose corn syrup; the effects of global economic conditions, including, particularly, economic, currency and political conditions in South America and economic and political conditions in Europe, and their impact on our sales volumes and pricing of our products; our ability to collect our receivables from customers and our ability to raise funds at reasonable rates; future financial performance of major industries which we serve, including, without limitation, the food, beverage, paper and corrugated, and brewing industries; fluctuations in worldwide markets for corn and other commodities, and the associated risks of hedging against such fluctuations; genetic and biotechnology issues; our ability to develop or acquire new products and services at rates or of qualities sufficient to meet expectations; availability of raw materials, including corn, including the impact of recent excess precipitation in the U.S. corn-planting season, potato starch, tapioca, gum Arabic and also the specific varieties of corn upon which some of our products are based; fluctuations in the markets and prices for our co-products, particularly corn oil; fluctuations in aggregate industry supply and market demand; the behavior of financial markets, including foreign currency fluctuations and fluctuations in interest and exchange rates; volatility and turmoil in the capital markets; the commercial and consumer credit environment; general political, economic, business, market and weather conditions in the various geographic regions and countries in which we buy our raw materials or manufacture or sell our products; energy costs and availability; freight and shipping costs; and changes in regulatory controls regarding quotas; tariffs, duties, taxes and income tax rates, particularly United States tax reform enacted in 2017; operating difficulties; energy issues in Pakistan; boiler reliability; our ability to effectively integrate and operate acquired businesses; our ability to achieve budgets and to realize expected synergies; our ability to achieve expected savings under our Cost Smart program; our ability to complete planned maintenance and investment projects successfully and on budget; labor disputes; ; increased competitive and/or customer pressure in the corn-refining industry; and the outbreak or continuation of serious communicable disease or hostilities, including acts of terrorism. Our forward-looking statements speak only as of the date on which they are made and we do not undertake any obligation to update any forward-looking statement to reflect events or circumstances after the date of the statement as a result of new information or future events or developments. If we do update or correct one or more of these statements, investors and others should not conclude that we will make additional updates or corrections. For a further description of these and other risks, see “Risk Factors” and other information included in our Annual Report on Form 10-K for the year ended December 31, 2018 and subsequent reports on Forms 10-Q and 8-K.