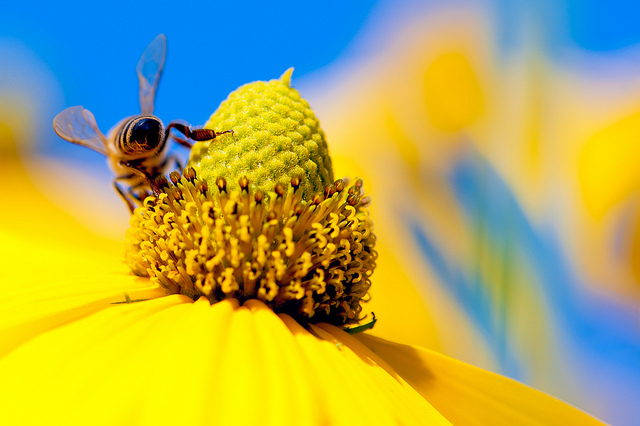 The guidebook discusses the breeding of 139 species of Hexapoda, 8 species of Arachnida and 1 species of Chilopoda, for a total of 148 insect species. (image: Bee Overexposed!/flickr)

SEOUL, Dec. 31 (Korea Bizwire) – The Rural Development Administration in Korea has published a comprehensive field guidebook on insects bred for industrial purposes. Although there have been publications on industrial standards for breeding insects, the newly published guidebook is the first ever to include thorough and inclusive insect data organized for diverse industrial uses.

The guidebook discusses the breeding of 139 species of Hexapoda, 8 species of Arachnida and 1 species of Chilopoda, for a total of 148 insect species.

The content is organized into five main categories. The first part deals with species apt for mass breeding in terms of well established knowledge of breeding technologies, and the second part with species for which breeding technologies are relatively well known. The third part contains species that have potential for mass breeding in the future, while the fourth part deals with species in historical records known for industrial use. The final part discusses species with very occasional use.

Mitochondrial genome information on the 148 species can be also found online by scanning QR codes for each of the species. Data on intraspecific variations of genome sequences is also available.

The book also includes information on securing supplies of insects, and ascertaining the identity of species, making it a good source for beginner breeders either professional or amateur, and also for students. The book can be downloaded in PDF form at lib.rda.go.kr.(link)