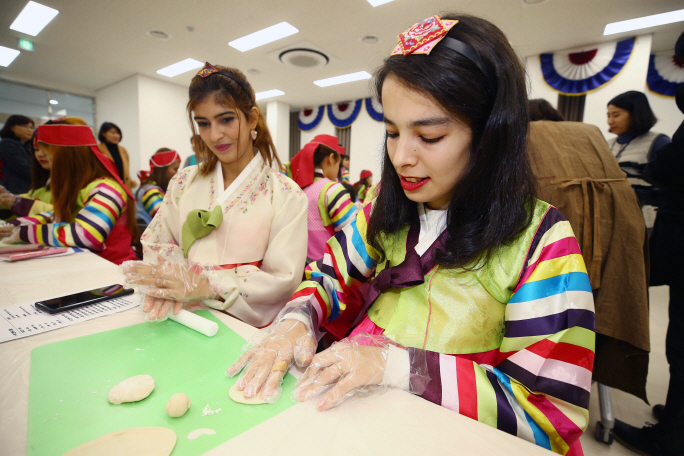 SEJONG, May 26 (Korea Bizewire) — The number of international marriages with South Korean men has risen steadily over the past four years despite a drop in the country’s overall marriages, a report said Tuesday.

A total of 17,687 South Korean men tied the knot with foreign women last year, up from 14,677 in 2015, according to the report from the Korea Insurance Research Institute.

Last year represented the fourth consecutive year that the tally increased from a year earlier. The proportion of international marriages to men’s overall marriages climbed to 7.6 percent from 4.9 percent.

Driven by the uptrend, the number of South Korean marriages with foreign partners rose to 23,643 from 21,242 over the cited period.

The increase contrasted with a 24 percent tumble in the total number of marriages in Asia’s fourth-largest economy over the cited period.

The number of international marriages in South Korea had waned for 10 years after peaking in 2005, but it began to rise in 2015.

The report attributed the recent upturn in international marriages with South Korean men to an imbalance in the country gender ratio amid a tendency to avoid marriage.

“South Korean men’s dependence on international marriages is expected to last, as the gender ratio imbalance among youths of marriageable age is feared to worsen for a considerable period of time,” it said.