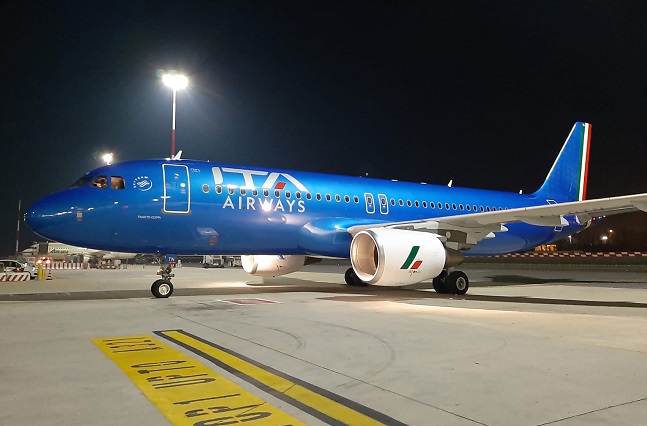 ROME, Jan. 27 (Korea Bizwire) — ITA Airways is launching the “Naming Azzurri” survey, an initiative that the Company is dedicating to users of the main social networks, who will be asked to vote the name of their favorite Italian sports champions. The names with the most votes will be on the new livery of the aircrafts which will be soon joining the ITA Airways fleet.

ITA Airways has been introducing aircrafts with the new blue livery in its fleet since 24th December 2021. These are named after the greatest Italian sportsmen of all times, who were ambassadors in the world of professionalism, determination, strength and passion, all values that have raised the Italian flag high. Two Airbus A320 named after Paolo Rossi and Fausto Coppi and one Airbus A319 dedicated to Pietro Mennea are already in ITA Airways fleet.

As other aircrafts with the blue livery will soon join the fleet, the airline is asking its followers to nominate a shortlist of champions from all sports that will determine the choice of the new names.

By answering the question: “Who made the history of Italian sport?” on the official Facebook and Instagram pages of ITA Airways and on the Instagram and Facebook profiles of La Gazzetta dello Sport, every user will be able to express a nominee, indicating the name of their favorite male or female Italian champion, among those who are no longer active in their respective disciplines, that they would like to admire on the livery of aircrafts flying in the skies over the world.

“One of the fundamental pillars of ITA Airways’ plan is to put the customer at the center of all efforts and this initiative represents a further step forward in this direction – said Giovanni Perosino, Chief Marketing Officer of ITA Airways – On 15 October 2021, when we launched our flight operations, we presented the new livery with a rendering. Today, we can see it in the skies and are given the measure of the work done. Our livery was born ‘Azzurra’ (blue), the colour of all Italian national sports teams, as there is no better ambassadors than the great Italian champions to bear witness to this in the world. The first names of the Airbuses have been decided by the company, but now the ball is in the court of our followers, who will have to nominate the Italian female and male sports champions to whom the next ITA Airways aircraft will be dedicated”. – added Perosino.

A photo accompanying this announcement is available at https://www.globenewswire.com/NewsRoom/AttachmentNg/8a583a4a-5bad-4a06-9ec0-5bc0de856781