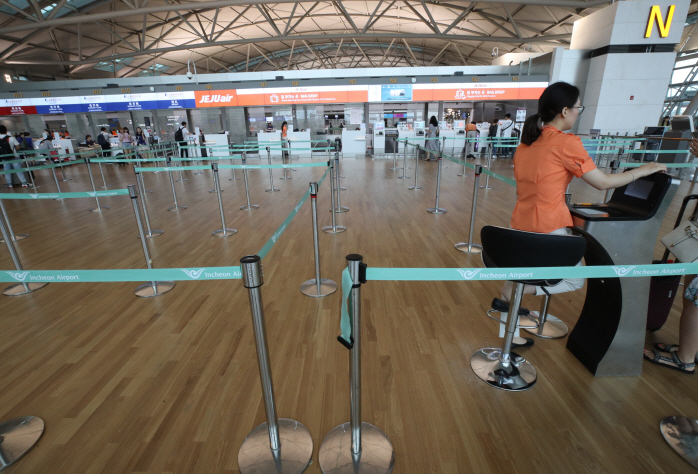 Those Japanese local governments also proposed a variety of cooperative projects in a bid to win the hearts of local low-fare carriers, according to the sources.

Their visits come as a bilateral trade feud has led to a drop in the number of South Korean tourists to Japan, which is feared to hit the economies of those Japanese regions.

The Japanese government passed a bill to remove South Korea from its “whitelist” of trusted trade partners last week, further aggravating the situation.

Japan’s export curbs have prompted a growing number of South Koreans participating in the “Boycott Japan” campaign against travel to the neighboring country and purchases of its products.

According to data from the Seoul government, the number of South Korean travelers to Japan shrank 13 percent on-year to slightly over 467,000 during the July 16-30 period.

The figure is widely expected to slip further down the road amid the escalating trade spat with LLCs reporting tumbling ticket reservation rates for August.