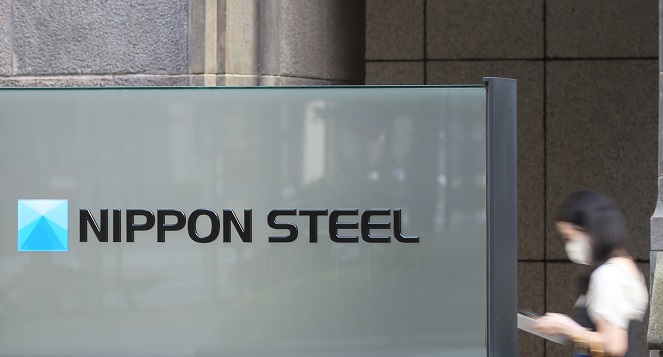 A pedestrian walks past the headquarters of Nippon Steel Corp. in Tokyo on Aug. 3, 2020. (Yonhap)

DAEGU, Aug. 7 (Korea Bizwire) — A Japanese company has appealed a South Korean court’s ruling to seize its assets in the country to compensate victims of wartime forced labor in a move expected to worsen tensions between the two countries.

Nippon Steel Corp. has submitted an immediate complaint against the court’s decision to seize some of its stake in PNR, a joint venture established with Korea’s top steelmaker, POSCO, the Daegu District Court in the southeastern city of Daegu said Friday.

The move, which came days before the order was set to go into effect next week, effectively grants the defendant a chance to again defend its stance, postponing the court’s order.

The court’s review is expected to take months, according to local legal sources, allowing the company to buy time before the forced sale of its assets.

In June, the Pohang branch of Daegu District Court decided to begin the procedure of “Service by Public Notice,” as the Japanese foreign ministry has failed to pass the document containing the Korean court’s asset seizure ruling to Japan’s Nippon Steel & Sumitomo Metal Corp.

Under the Hague Conventions, the court ruling is considered to have been delivered to a defendant in another country if the defendant fails to respond purposely or if the delivery fails due to an invalid address.

The move was based on an October 2018 ruling by South Korea’s top court, which ordered Nippon Steel to pay compensation to four South Koreans for their forced labor and unpaid work during World War II. Korea was under Japan’s colonization at that time.

After the firm refused to comply with the ruling, the plaintiffs requested asset seizure, which was approved by the court in Pohang.

Tokyo has rejected the compensation calls, arguing the forced labor issue was settled under a bilateral 1965 treaty that normalized the two countries’ ties after Japan’s 1910-45 colonization of the Korean Peninsula.

Japan has indicated that it would take retaliatory steps — on top of its export curbs — should the court decision be executed. The steps could include higher tariffs, financial sanctions, temporary recall of Japan’s top envoy in Seoul and visa restrictions, observers said.