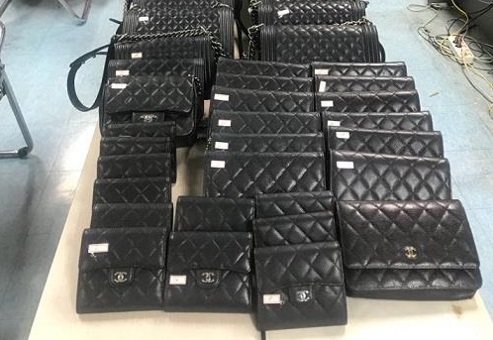 BUSAN, Dec. 19 (Korea Bizwire) — Busan police said Wednesday they have arrested a Japanese trader and his South Korean partner on charges of importing and selling hundreds of fake Chanel handbags in South Korea.

The unidentified 55-year-old Japanese suspect is accused of importing a large volume of delicately fabricated luxury Italian handbags into South Korea between March last year and October this year, according to the Busanjin Police Station.

The Korean accomplice, identified only as a 55-year-old, is charged with selling 181 fake Chanel bags, bought from the Japanese trader, to domestic online shopping malls for 470 million won (US$420,000).

Police said the Japanese suspect bought the counterfeit Chanel bags from a fake luxury goods producer in Florence, Italy, and received them by international mail or carried them in person.

They said the Italian imports were super A-class fake luxury goods that contain genuine warranties and are difficult to distinguish from the original products.

The Japanese suspect bought fake Chanel handbags valued at 6 million won each for 2 million won apiece from the Italian producer, and the Korean accomplice resold them to local shopping malls for 4 million won each, they added.