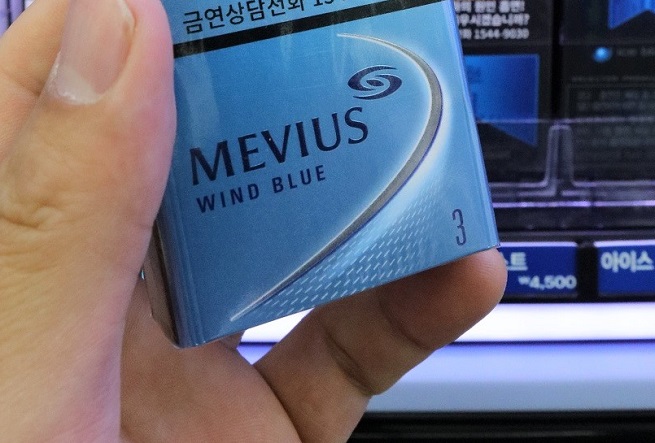 Japan Tobacco International(JTI)’s Mevius. JTI has remained unaffected by the boycott movement over the past 12 months. (Yonhap)

SEOUL, July 30 (Korea Bizwire) — Despite the boycott movement against Japanese products marking its first year after being sparked by Japan’s export restrictions against South Korea, consumption of Japanese cigarettes has remained more or less unaffected.

The Korea Customs Service reported that South Korea imported 4,220.6 tons of cigarettes from the Philippines between July last year and June of this year, which was merely 2.79 percent lower than the volume of imports during the same period in the previous year (4,342 tons).

All cigarette imports from the Philippines, therefore, are de facto produced by JTI. It seems clear, therefore, that JTI has remained unaffected by the boycott movement over the past 12 months.

It comes as a vivid contrast to Japanese beer, which has suffered a major loss of consumption since July last year, despite being classified in the same product category as cigarettes.

Experts argue that the distinct nature of cigarettes, for which consumers are less prone to switching to a different brand, and the difference in the presence of Japanese beer makers and cigarette producers in South Korea have led to such results.

“JTI’s market share in South Korea has been rather low to begin with, lowering the chance of being affected by the boycott movement,” said an expert source in the tobacco industry.

“We believe that a small number of ‘enthusiasts’ are responsible for JTI’s sustained market share in the country.”