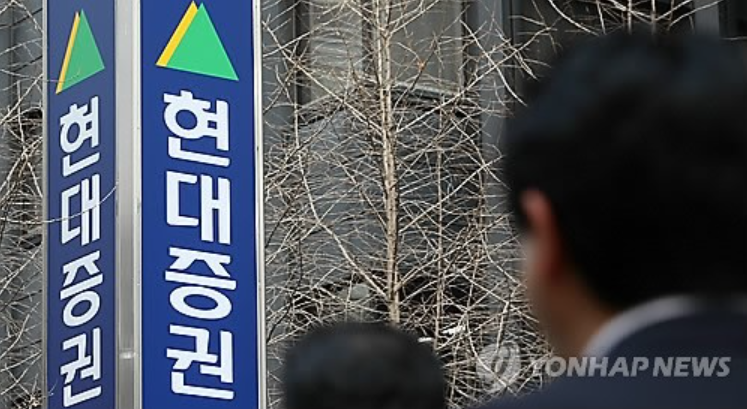 The price tag for the deal is estimated at 600 billion won (US$548 million), but Orix reportedly offered about 1 trillion won. (image courtesy of Yonhap)

Earlier this week, Orix Corp. and South Korean private equity firm Pinestreet had submitted their bids for a 36 percent stake in Hyundai Securities.

The Korea Development Bank (KDB), the lead manager for the deal, will allow Orix to conduct due diligence on the brokerage for one month and complete the deal before June, according to the sources.

Hit by a liquidity crisis, Hyundai Group had put up for sale a 25.9 percent stake in its brokerage arm, owned by its shipping unit, Hyundai Merchant Marine Co., as part of its restructuring program. The remaining 10 percent, held by the Middle East-based investor Javez Partners, has also been on the selling block.

The price tag for the deal is estimated at 600 billion won (US$548 million), but Orix reportedly offered about 1 trillion won.

Hyundai Group twice postponed the sale, in July and October, in an apparent bid to jack up the price.

Orix has been expanding its presence in South Korea through a series of mergers and acquisitions.

In 2013, Orix also purchased a 72 percent stake in STX Energy Co., a unit of the now-defunct shipbuilding and shipping conglomerate STX Group, for some 600 billion won. In 2014, the Japanese firm sold the stake to a local consortium.

Shares of Hyundai Securities closed at 7,510 won on the Seoul bourse, up 1.62 percent from the previous session, outperforming the benchmark KOSPI’s 0.09 percent decline.