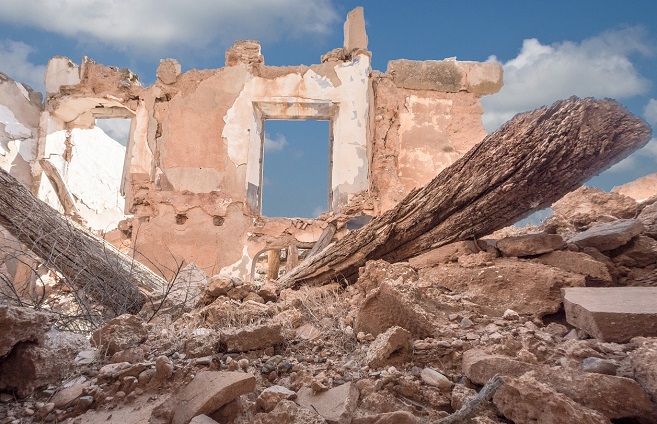 New York, Oct. 19 (Korea Bizwire) — After two years of investigations, the Open Society Justice Initiative and the human rights group Syrian Archive have compiled the most comprehensive investigative report to date on Syria’s Scientific Studies and Research Centre (SSRC), the entity at the heart of Syria’s chemical weapons program. The groups submitted the report to the Organisation for the Prohibition of Chemical Weapons’ (OPCW) Investigation and Identification Team, the UN investigative body — the Independent Impartial and Independent Mechanism (IIIM) — mandated to examine war crimes in Syria, France’s war crimes prosecutor, the war crimes unit of the office of Germany’s public prosecutor, and the U.S. Department of Justice on Monday.

The report contains new information on how the Syrian government orchestrated attacks using sarin, a banned nerve agent whose use is considered a war crime. In addition, it includes information obtained from government defectors that sheds new light on Syria’s attempt to hide chemical weapons-related materials from the OPCW by transferring them from SSRC facilities to a Syrian army facility in 2013. The report also provides investigative leads regarding locations where Syria developed and produced the chemical munitions used in the deadly 2017 attacks on Ltamenah.

In July, the OPCW gave the Syrian government a 90-day deadline to declare the facilities where the chemical weapons, including precursors, munitions, and devices, used in the 2017 Ltamenah attacks were developed, produced, stockpiled, and operationally stored for delivery. It also requested that Syria declare all chemical weapons currently in its possession, as well as chemical weapons production facilities and other related facilities. On October 14, the OPCW’s Director General reported that Syria had not complied with these requests and with its obligations under the Chemical Weapons Convention.

“Our research shows that Syria maintains a robust chemical weapons program,” said Steve Kostas, a senior legal officer with the Justice Initiative. “OPCW member states must insist on accountability for Syria’s continued non-compliance with the Chemical Weapons Convention, and they should call for a strengthening of efforts to hold perpetrators criminally responsible.”

“All perpetrators of chemical weapons attacks in Syria should eventually face criminal prosecution,” added Hadi Al Khatib, founder of Syrian Archive. “Whether it be though the legal principle of universal jurisdiction, an international tribunal, or another mechanism, war criminals must be held accountable.”

More than 200 chemical weapons attacks have taken place over the course of the Syrian civil war, most of which occurred after the Syrian government’s notorious 2013 sarin bomb attacks on opposition areas of the Damascus suburbs, which killed an estimated 1,300 people. Over the course of the Syrian war, chemical weapons have killed thousands of civilians, including many children, and many more have suffered long-term disabilities and trauma.

During a meeting that will take place from November 30 to December 4, the 193 members of the OPCW Conference of the States Parties will debate consequences for Syria’s non-compliance with the Chemical Weapons Convention. The Conference of the States Parties has the power to recommend collective measures that states can take against the Syrian government and to refer the matter to the UN General Assembly.