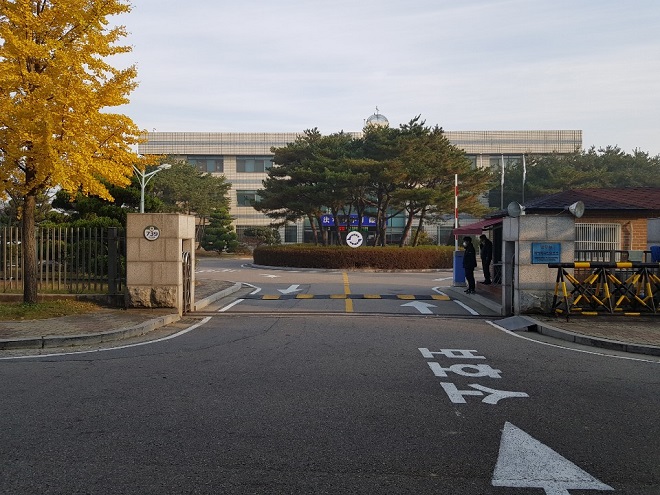 SEOUL, Nov. 1 (Korea Bizwire) — The justice ministry acknowledged Monday that human rights violations occurred at a detention center for illegal immigrants in June after an investigation into allegations that an inmate suffered torture-like treatment.

The investigation came after the inmate from Morocco in his 30s filed a petition with the national human rights watchdog, claiming he was maltreated while being detained in June at an immigration processing center in Hwaseong, about 40 kilometers south of Seoul.

He accused officials at the center of tying his four limbs on his back in what is known here as a shrimp’s posture and putting him in a solitary cell.

CCTV footage showed he was kept in that posture for more than four hours, wearing headgear and tied with box tape and cable ties.

The ministry blamed the situation on officials’ “insufficient” understanding and education on the use of protective gear as well as a lack of means to handle recalcitrant foreigners in custody.

The ministry also said it will revise the regulations governing the use of protective gear for foreigners under custody and the procedures of detaining illegal immigrants, respectively, to prevent a repeat of similar cases.