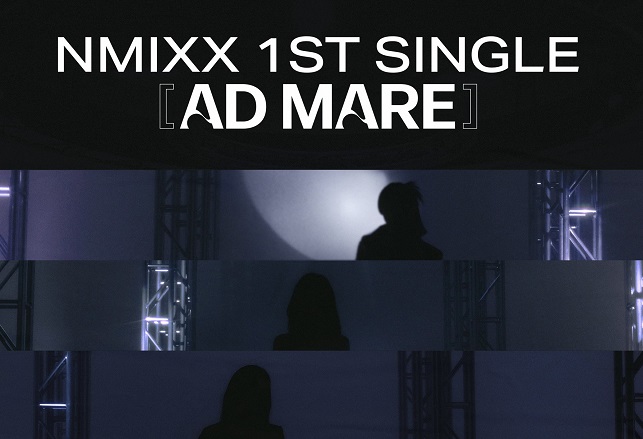 This photo is captured from a teaser video for JYP Entertainment’s new girl group Nmixx.

The seven-member group will debut on Feb. 22 with its first single “Ad Mare,” which translates as “toward the sea” in English, the agency said on social media.

Its seven members are Lily, Haewon, Sullyoon, Jinni, Bae, Jiwoo and Kyujin. Except Lily, who is half Korean and half Australian, all members are South Korean.

Nmixx has been gaining attention from in and out of the music scene for being the latest girl group from the big K-pop agency behind successes of girl groups like Wonder Girls, missA, TWICE and ITZY.

In July last year, the group released a limited edition of their debut single under the working title “Blind Package” without unveiling any information on the artists, ahead of its formal release on Feb. 22.

The version has moved more than 61,000 copies during a 10-day sales period, according to the agency.