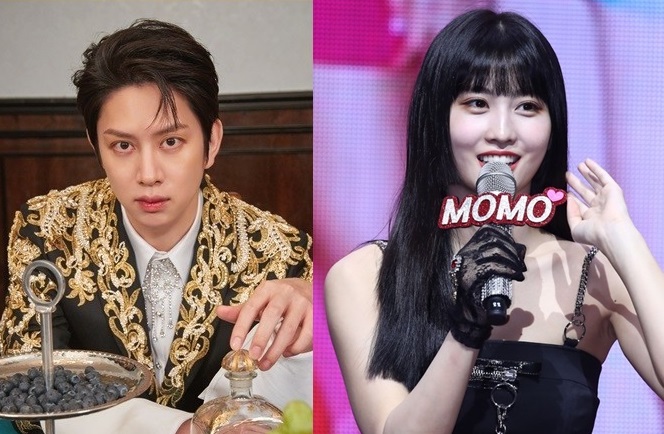 SJ Label, which manages Super Junior, and JYP Entertainment, which represents TWICE, confirmed the couple has broken up without providing further details.

The two celebrities, who are respective members of popular K-pop acts Super Junior and TWICE, were rumored to be dating since 2019. They acknowledged their relationship in January last year.

The couple received widespread attention for overcoming their age gap and different nationalities. Kim, 37, is Korean, while Momo — whose full name is Momo Hirai — is a 24-year-old Japanese.