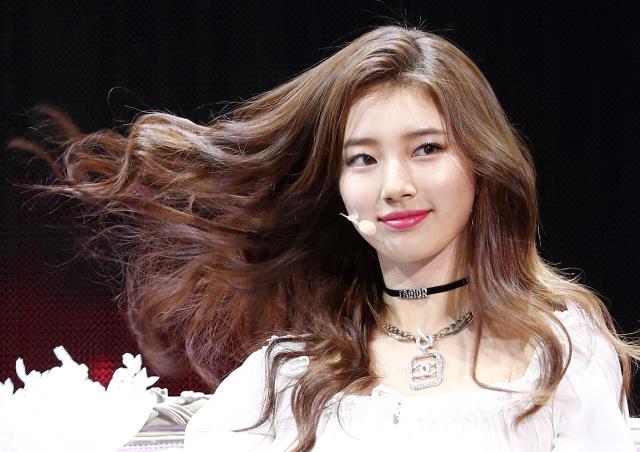 Suzy will travel to Taipei on May 12 and later head to Hong Kong and Bangkok on May 26 and June 24, respectively, according to JYP Entertainment.

The pop star will hold a large fan meeting event in Seoul on July 7 to cap off the series of meet and greets.

Outside of music, Suzy has also been an A-list actress in South Korea after appearing in the 2012 hit romance film “Architecture 101.” Last year, she won best actress at SBS TV’s year-end drama awards show for her lead role in “While You Were Sleeping” with Lee Jong-suk.