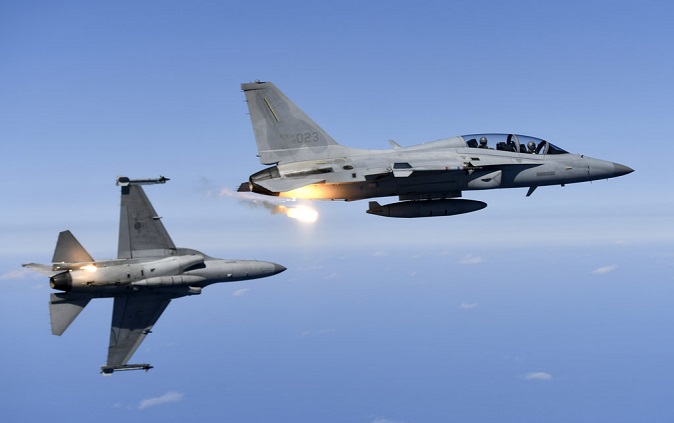 This photo, provided by South Korea’s Air Force on March 16, 2020, shows FA-50 aircraft on a mission over the East Sea.

Under the “Teaming Agreement” signed on Thursday (U.S. time), the two sides agreed to set up a steering committee to jointly design, produce and promote an improved model of FA-50 light combat aircraft to try to win U.S. military procurement projects.

The FA-50 is a light attack variant of the T-50 trainer jet that KAI has developed with Lockheed Martin. The FA-50 can be equipped with such precision-guided weapons as joint direct attack munitions and smart fragment weapons, the KAI said.

The South Korean Air Force introduced the FA-50 aircraft in 2013.

Lockheed Martin has also agreed to cooperate with KAI in selling trainer jets in unspecified countries in Southeast Asia, Europe and the Oceania region, a KAI official said without elaborating.