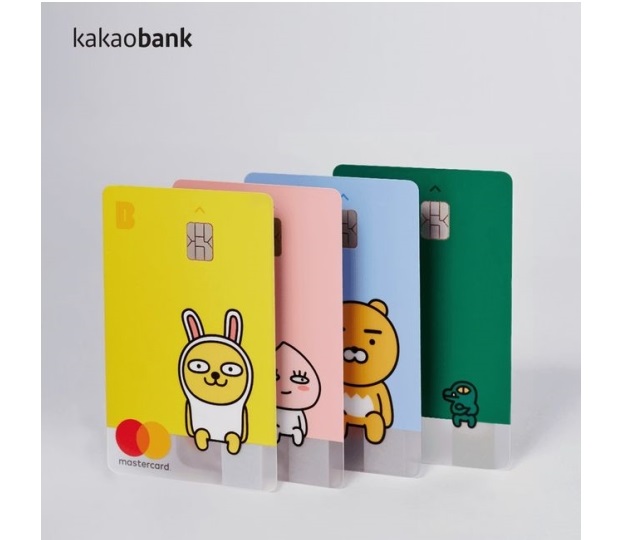 The fact that Kakao Bank will be accessible through Kakao Talk will be a huge advantage in its battle with K Bank over users. (Image:Kakao Bank)

SEOUL, Jul. 20 (Korea Bizwire) — On July 27, Kakao Bank will join K Bank as one of the first two Korean digital banks. The company is currently running its final tests before the official launch of its online service.

Kakao Bank brings an immense presence to the digital bank landscape by virtue of its sister service, Kakao Talk, the mobile messenger with a ubiquitous presence in South Korea. The fact that Kakao Bank will be accessible through Kakao Talk will be a huge advantage in its battle with K Bank over users.

There is expected to be significant overlap between the two services. One reported feature would be the ability to use Kakao Talk’s address list when wiring cash. Another planned feature would enable users to tie their favorite Kakao Friends character to their debit cards.

Kakao Bank insiders are quietly confident that their service will be one of the easiest to use. Co-CEO Yoon Ho Yeong recently gave a strong show of confidence, saying that “even the elderly will have no problem using it”.

It’s not all just cute characters and being lulled in by familiar colors; apparently international wire transfers through Kakao Bank will incur surcharges 10 percent lower than the average bank.

Kakao Bank’s debut will be a boon for those with low credit. Someone with a personal credit rating of 8 would be turned away by most banks that offer mid-level credit loans, but not at Kakao Bank.

Thanks to funding issues at K Bank, industry experts say that the playing field is now wide open. K Bank has recently stopped offering its flagship loan product due to the aforementioned funding problems, and will likely face a drop in demand for its products when Kakao Bank arrives on the scene.

Regardless of demand, products and services, the future of digital banks may rest with a government vote on easing existing regulations governing bank ownership.

Current legislation forbids any company from owning more than 10 percent of any bank. If the company holds the right to vote in shareholders’ meetings, total ownership is restricted further to a mere 4 percent.

That changes will even be voted on is still no sure thing; a certain proportion of the National Assembly is opposed  to easing restrictions, impeding any progress on the matter.