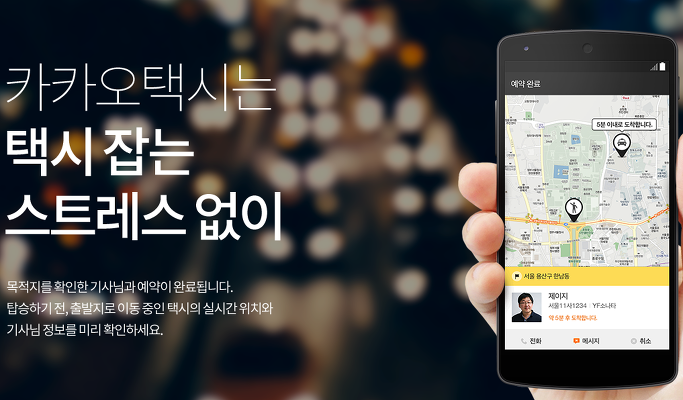 SEOUL, Aug. 22 (Korea Bizwire) — Kakao Taxi is the most popular cab-hailing app in South Korea, dominating 98 percent of the market, while the food delivery app sector is fiercely contested by two rivals, according to a survey on Tuesday.

Market analysis company Open Survey polled 1,500 smartphone users between 20 through 40 to find out which online-to-offline apps they use the most for specific needs.

Kakao Taxi, run by Kakao Corp. that also operates the popular messenger service Kakao Talk, commanded 98 percent of responses for cab-calling services, while UberTaxi came in a far second with 11 percent. Multiple selections were allowed in the survey.

For food delivery, the most used app was Baedal Minjok with 80 percent. It was closely followed by Yogiyo with 72 percent. Baedaltong was third with 48 percent.

Yanolja and Yeogi Eoddae were neck and neck for hotel booking apps, with both around 50 percent. Hotels Combine was second with 35 percent, and Hotels.com ranked third at 33 percent. Airbnb followed with 22 percent.

Socar was the top choice for car rental with 78 percent. The second most popular app was Green Car with 38 percent.