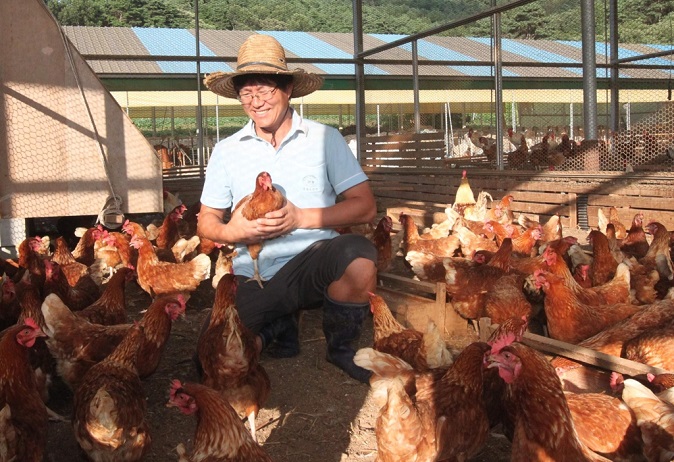 Under the motto of “Happy Chicken,” this kind of animal friendly livestock farms are drawing renewed attention. This farm, located at Byuckoh-ri in Seocheon County, South Chungcheong Province, created a space three times larger than the criteria stipulated in the Animal Welfare Livestock Farm Certification. (Image courtesy of Yonhap)

SEOUL, July 20 (Korea Bizwire) — There is growing interest in “ethical consumption” — consumer awareness of the importance of environmental, ethical and animal welfare rights — and more and more South Koreans are searching for so called “animal-welfare’ foods in recent days, according to an analysis of sales trends at the nation’s major retailers.

Animal-welfare certified eggs are ethically raised eggs that should meet about 140 criteria, including a lower breeding density (no more than nine laying hens should be kept in an enriched cage with a floor area of one square meter). The label is approved by the Ministry of Agriculture, Food and Rural Affairs.

Other retailers have also seen a sales uptick in animal-welfare foods. According to Lotte Mart, sales of animal welfare chicken more than doubled in 2018 and 2019 on year. In the first half of this year, sales were up 20.5 percent over last year.

In general, animal welfare foods are expensive compared to non-certified products due to the relatively higher cost of raising animal-friendly products and small supply into the market. Animal-welfare eggs, for example, are more than twice the price of regular (or non-certified) eggs. 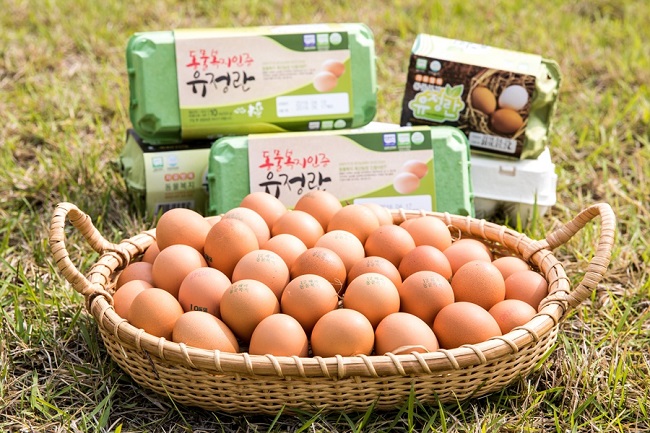 In general, animal welfare foods are expensive compared to non-certified products due to the relatively higher cost of raising animal-friendly products and small supply into the market. Animal-welfare eggs, for example, are more than twice the price of regular (or non-certified) eggs. (Image courtesy of the Rural Development Administration)

According to a survey conducted last year, 59.9 percent of the respondents said they would be willing to purchase animal welfare food even if it was more expensive than regular alternatives. And among the respondents who had purchased animal welfare food, 25.3 percent expressed a belief in “ethical buying”, saying it was rewarding to contribute to improving animal rights.

Partly attributable to the social effects of a vegetarian diet or ethical veganism, rising interest in animal welfare has been set off by the growing awareness of animal cruelty issues in recent years such as the euthanasia of abandoned animals and terrible breeding conditions in industrial animal production.