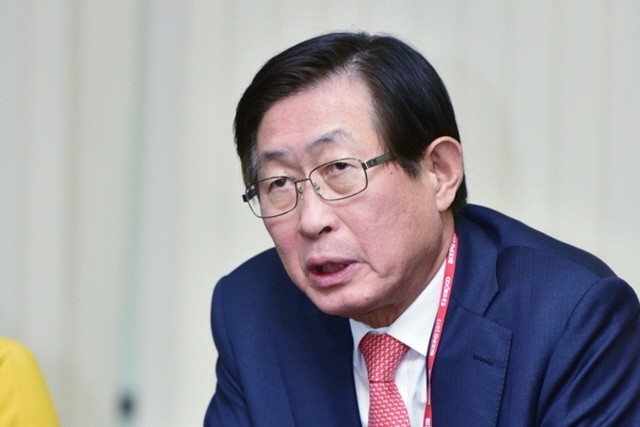 SEOUL, Dec. 7 (Korea Bizwire) – The head of Korea Electric Power Corp. has offered to quit, the company said Thursday, after South Korea’s state-run utility firm was selected as the preferred bidder in a project to build a nuclear power plant in Britain.

Cho Hwan-eik said he thought that by stepping down he can “pave the way” for the younger generation and he is pleased to “leave the company in good spirits,” as KEPCO is one step closer to winning a deal to build two nuclear reactors in Moorside, northwest England.

Cho is set to leave the company in a ceremony scheduled on Friday.

The former vice minister of trade, industry and energy took KEPCO’s top post in December 2012 and won a second term that was set to end on March 27. In South Korea, it is not unusual for a leader of a public company to step down before his or her term ends.

Cho’s announcement on Thursday came soon after KEPCO said it was selected as the preferred bidder of Toshiba Corp.

The Japanese industrial giant has a 100 percent stake in the NuGen consortium in charge of building the nuclear power plant in Britain.

Britain has launched a program to inject more into its energy sector, as many of its nuclear reactors are coming to the end of their operational life cycles.

KEPCO said it is set to hold negotiations with Toshiba for months to work out details in buying Toshiba’s stake in the NuGen consortium.

Toshiba said in a brief comment to Yonhap News Agency that the company has chosen KEPCO as its preferred bidder, but it declined to give any further details.

In 2009, a South Korean consortium led by KEPCO won a US$20 billion deal to build four nuclear power plants in the United Arab Emirates in the country’s first export of nuclear reactors.