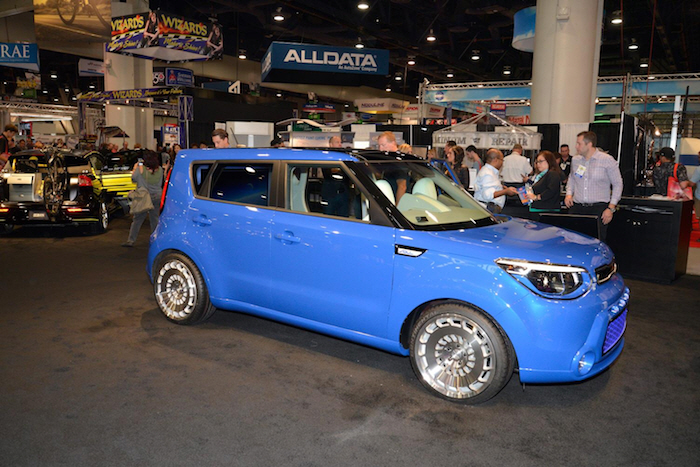 Fitted with tracks and a roof rack, the Sorento Ski Gondola can be run on a ski slope while tackling ice and snow, Kia said.

The Sorento Ski Gondola can send skiers to the top of a mountain.’

The Niro Triathlon is a self-driving concept car to help train a triathlete.

The car can pace a triathlete by projecting a laser on the road.

After completing training, a triathlete can take a shower inside the car and relax as the car drives autonomously.’

With a digital mixer board, studio microphones and soundproofing facilities, the School of Rock Sedona is designed to be used as a recording studio.

The Soul First Class is an autonomous concept car for commuters, Kia said.

The car comes with recliners and a 40-inch LED TV, which is connected to a laptop computer, allowing a commuter to relax while the car drives itself.