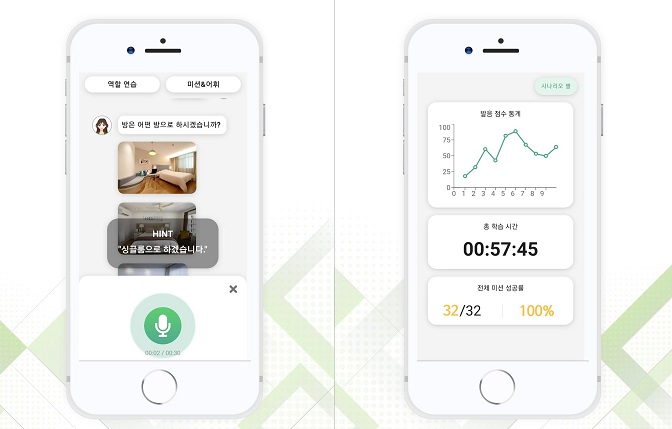 This photo provided by the King Sejong Institute Foundation shows an image of its King Sejong AI Teacher app.

The KSIF said that the app provides a variety of functions to enable foreigners to learn and practice basic level Korean.

The app is available in two languages – English and Korean – allowing users to practice everyday conversation, including dialogue related to shopping and route finding.

It also enables users to practice Korean for various situations at school or at work.

Including the new app, the KSIF runs a total of nine mobile apps, including those with specialty in Korean grammar and vocabulary.