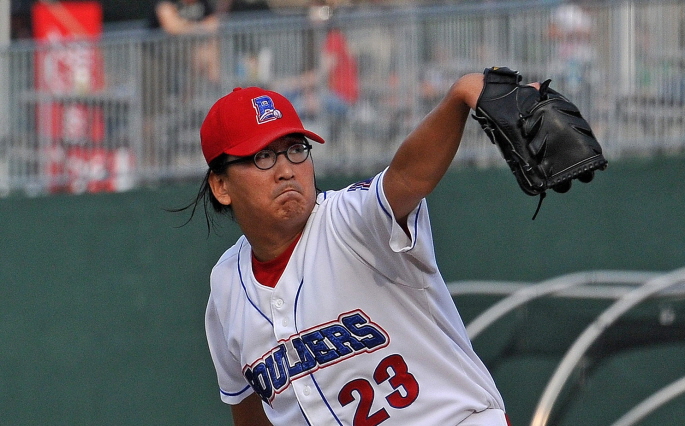 SEOUL, Aug. 16 (Korea Bizwire) — Hur Min, a 42-year-old baseball aficionado and successful entrepreneur, has many achievements under his belt.

Now, the former owner of the Goyang Wonders has his eyes on yet other endeavors.

This time, he’s knocking on the door of the Korea Baseball Organization (KBO) as a rookie baseball player.

According to baseball insiders, Hur Min has applied to take part in the draft process of overseas amateur and professional athletes and high school and college dropouts to be held on September 10.

After reviewing all applications, the KBO will be holding public tryouts on August 20 for eligible athletes.

However, Hur was said to have submitted a medical certificate due to a shoulder condition, requesting that he be exempt from the tryouts.

An alumnus of Seoul National University and a former member of the school’s baseball team, Hur’s love for the sport has been widely reported in the press.

“I like knuckleballs because you never know where they will go,” said Hur, who went to the U.S. in 2009 to learn how to throw knuckleballs from legendary pitcher and MLB Hall Of Famer Phil Niekro.

After becoming a successful entrepreneur in the online gaming industry upon graduating from Seoul National University, he created the now defunct Goyang Wonders, a baseball team comprised of athletes who had failed to be drafted or those discharged by professional teams.

Hur injected over 3 billion won yearly into the team from his personal finances to invest in the sport.

Having given former outcasts another chance to pursue their dreams, it is now Hur’s opportunity to carry out his dream of becoming a baseball player with a major South Korean team.

According to the KBO, Hur’s experience as an amateur baseball player overseas makes him eligible for the draft.

In 2013, Hur joined the Rockland Boulders, an independent Can-Am League team based out of Pomona, New York.