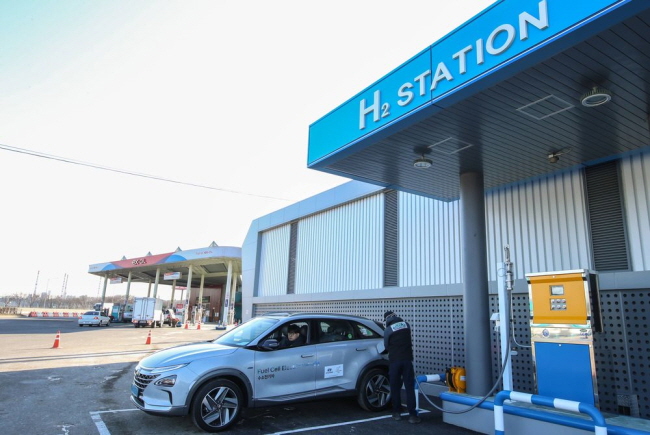 South Korea has been seeking to boost the so-called hydrogen economy as a new growth engine. (image: Hyundai Motor)

Under the plan, KOGAS will construct 25 hydrogen-producing facilities and pipelines totaling 700 kilometers to transport the gas. By 2030, KOGAS expects 1.73 million tons of hydrogen to be supplied annually.

KOGAS said with increased output, prices of hydrogen will likely fall to 4,500 won per kilogram from the current range of 6,500 won to 7,500 won.

South Korea has been seeking to boost the so-called hydrogen economy as a new growth engine.

In January, the country said it will increase the number of hydrogen fuel cell electric vehicles to about 80,000 units by 2022 as part of a broader effort to boost the hydrogen economy.

A hydrogen fuel cell electric car only releases water vapor as it converts stored hydrogen into electricity to turn the drive motor.