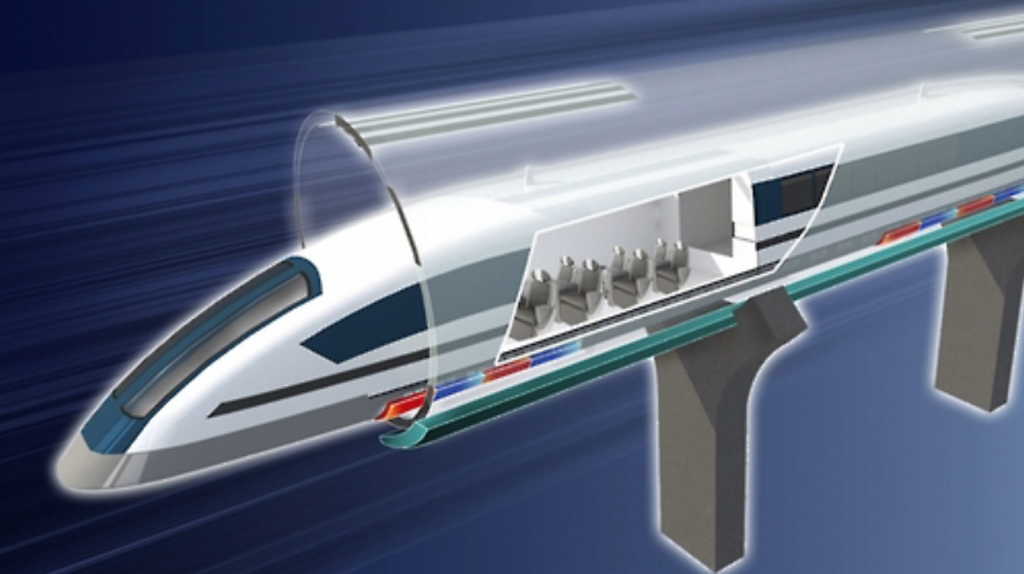 According to the ministry, the key technology for the capsule train is to reduce the tube’s atmosphere down to 0.001 atm, and make the train “fly” through the tube at subsonic speed using electromagnetic force. (image: Ministry of Science, ICT, and Future Planning)

SEOUL, Oct. 19 (Korea Bizwire) – The Ministry of Science, ICT and Future Planning announced Tuesday the development of what is tentatively being called a “Subsonic Capsule Train” that can travel at a speed of Mach 0.8 (987.84km/h). Once commercialized, it would allow 30-minute travel between Seoul and Busan (325km) on a maglev train through a near-vacuum tube tunnel.

The venture was selected earlier in the year as one of the ministry’s long-term projects, and the government has since been providing support to the KRRI (Korea Railroad Research Institute) for development.

The KRRI developed the KTX-Sancheon, a high-speed train (maximum speed of 350km/h) that was made available to public in 2010, and a high-speed electric multiple unit train HEMU-250 (430km/h) is expecting introduction to the Gyeongjeon Line in 2020.

According to the ministry, the key technology for the capsule train is to reduce the tube’s atmosphere down to 0.001 atm, and make the train “fly” through the tube at subsonic speed using electromagnetic force. Developing light-weight, high-strength material for the tube is also a must.

“Domestic research endeavors in high-speed train technology began rather late compared to Japan or France, but we’ve made some significant progress recently, including our HEMU train, which recorded the fourth fastest test speed in the world,” said Minister Choi Yang-hee, during his visit to the institute on Tuesday.

“The ministry will continue its active support for the institute’s R&D projects, to help develop technology that can lead global railroad and transportation trends.”