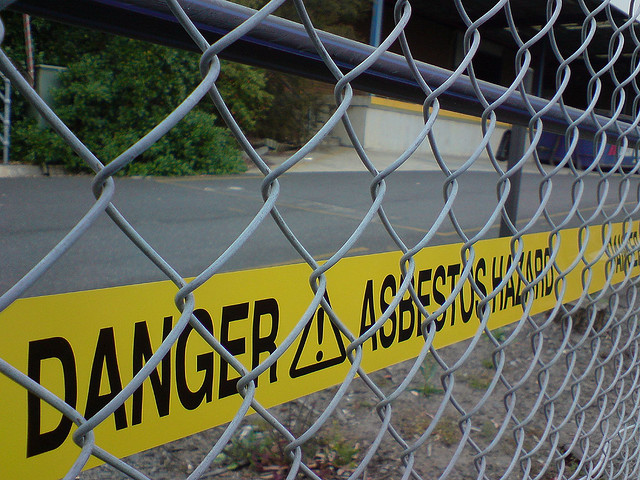 The exposure of respiratory organs to asbestos can cause lung cancer, malignant mesothelioma and many other diseases in humans after an incubation period of 20 to 40 years. (image: Alpha/flickr)

SEOUL, April 8 (Korea Bizwire) — The Ministry of Employment and Labor (MOEL) is completely banning the use of asbestos in Korea, according to a statement from April 7.

The use of materials containing asbestos has been gradually prohibited since January 2007. However, some industries and military facilities were exempted due to lack of substitute materials.

Asbestos gaskets for submarines and missiles, asbestos insulators for missiles and asbestos joint sheets for the treatment of corrosive fluids used in chemical facilities were among the exempted items.

Asbestos, which is a natural substance extracted from soil and rocks, has been used extensively in the past in industrial facilities and to produce commercial goods. However, the exposure of respiratory organs to asbestos can cause lung cancer, malignant mesothelioma and many other diseases in humans after an incubation period of 20 to 40 years.

In Korea, more than 20 individuals have been diagnosed with occupational diseases due to asbestos exposure. It is expected that there will be more cases of individuals diagnosed with diseases caused by exposure to the carcinogenic material, considering the long incubation period and the large amount of asbestos used in the early years of Korea’s industrialization.

One thought on “Korea Prohibits All Use of Hazardous Asbestos”