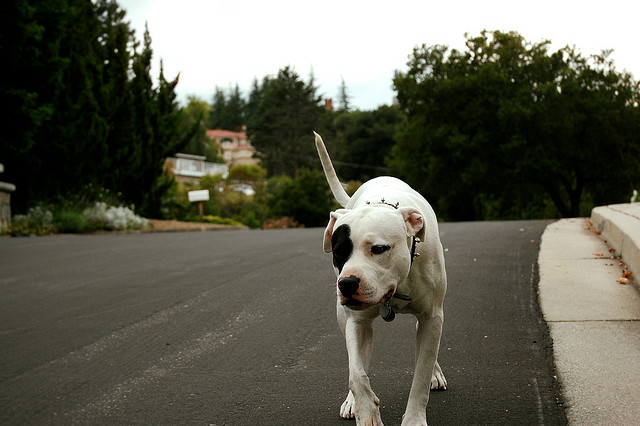 A total of 62,119 dogs, or 64 percent of all dumped animals, were abandoned last year, 20 percent of which were euthanized. (image: Minh/flickr)

SEOUL, Aug. 5 (Korea Bizwire) – The Animal Protection Law in Korea is expected to be revised in order to prohibit shipping animals by courier service. The updated law, preventing pets from being delivered by pick-up and delivery service or courier service, will go into effect on August 14.

Since the law bans abusing animals or causing their health problems during the delivery service, a seller should deliver a pet to a buyer in person or use a delivery agency. If an animal is hurt or not fed when delivered, a person responsible will be fined less than 1,000,000 won, or about US$1,000.

However, it’s a long way to go until the country’s pets are fully protected. The number of abandoned pets is today more than 60,000. This fact lead an animal advocacy group to come up with a slogan, ‘Adopt, don’t buy.’ About one fifth, or 10 million, of Koreans have a pet, but an increasing number of people are also, unfortunately, giving up their pets.

On August 1, the Ministry of Agriculture, Food, and Rural Affairs announced that even though the pet registration system for reducing the number of abandoned pets was implemented last year, only a half of pet owners have registered their pet in the scheme. A total of 62,119 dogs, or 64 percent of all dumped animals, were abandoned last year, 20 percent of which were euthanized. The cost for putting the abandoned pets to sleep is about 10 billion won a year. Every year, nearly a half of abandoned dogs are dead on account of euthanasia as well as natural death.

“The problem of abandoned animals is increasing especially on vacations,” an animal shelter employee in Gangwon Province said. “People drop off their pet and leave it in a far-off place to reduce a chance that the canine might have to return home,” he added.

Animal protection groups say people’s mentality of recognizing a pet as an inanimate toy not as a living thing is the main culprit of the problem. It even makes a ridiculous phenomenon: certain breeds of dogs are dumped much more than others during certain periods. That is because a specific breed becomes a fad when it is on TV, and then it is soon abandoned six to 12 months after adoption. That is why the groups oppose selling pets in big-box stores. They raise their voices to transform the current state that makes it easier to buy or sell animals.