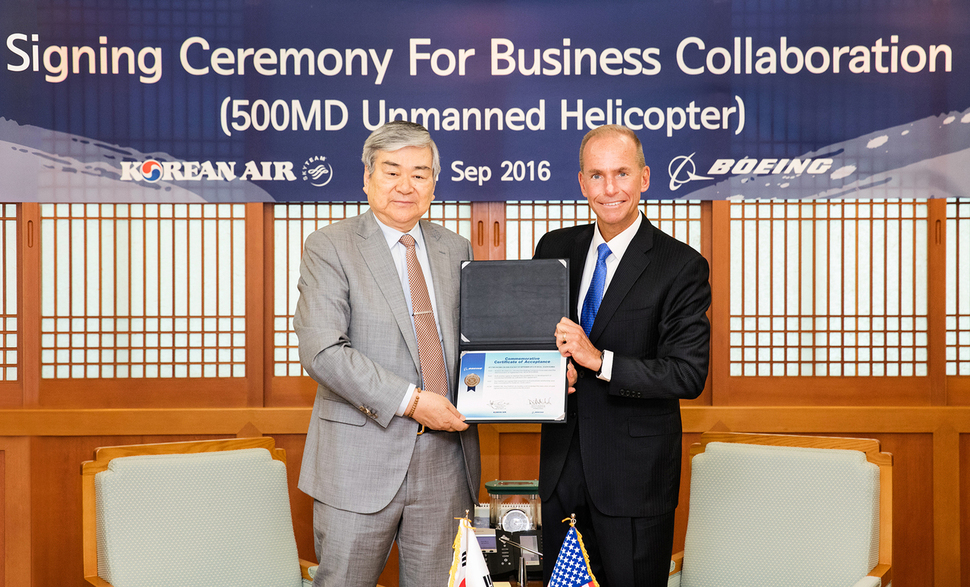 SEOUL, Sept. 23 (Korea Bizwire) – Korean Air and Boeing have teamed up to develop the MD500 helicopter into an unmanned military chopper.

According to the airline on Thursday, the two parties signed a memorandum of agreement for the enterprise which will run until 2017. Korean Air has successfully remodeled the local military’s MD500 choppers into unmanned (non-armed) ones, a project which the company launched in 2014.

In accordance with the agreement, the American company will be providing extensive technical assistance, and partake in a joint marketing endeavor for the upcoming rotorcraft.

The new 500MD will serve for day and night reconnaissance and surveillance, with enhanced capacity for short-distance precision strikes, making it an optimal choice for quick response in frontline operations.

“The MOA will also provide us with more business opportunities for unmanned helicopters in domestic and overseas markets,” said Ham Myung-rae, Senior Vice President of the airline’s aerospace division.

“Both companies will cooperate to their best efforts in the unmanned helicopter venture, and continue to seek further collaboration in the future.”