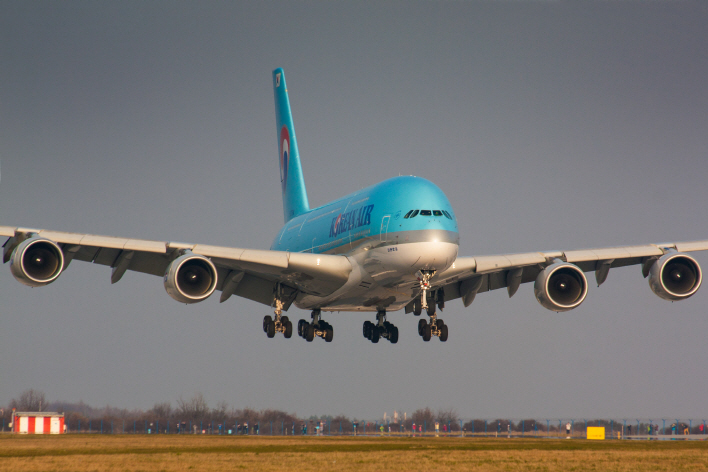 Korean Air is widely expected to report worsened earnings results for the rest of the year if the ongoing nationwide campaign against travel to Japan and its products continues. (image: Korea Bizwire)

SEOUL, Aug. 20 (Korea Bizwire) — Korean Air Lines Co. said Tuesday it will reduce more flights to Japan in the coming months due to lower travel demand to the neighboring country amid a trade dispute.

Demand on the Japanese routes has been on a sharp decline since last month when Japan implemented export restrictions of key materials to South Korea.

In extended efforts, the national flag carrier plans to fully suspend services on the Busan-Osaka route on Sept. 16 and flights on the Jeju-Narita and the Jeju-Osaka routes on Nov. 1, the company said in a statement.

“To offset lower demand to Japan, the company will increase the number of flights to alternative markets, such as China, Southeast Asia and Oceania nations, such as Guam, Australia and New Zealand,” a company spokesman said.

As part of efforts to expand its route services to other countries, the company said it will make a full-fledged preparation to apply for new and additional flights to China once the Chinese government’s two-month ban on receiving applications from foreign airlines until Oct. 10 is lifted, he said.

It also plans to launch the Incheon-Clark Field, the Philippines route on Oct. 27 and increase flights on non-Japan routes from Incheon to Danang, Chiang Mai, Bali and Brisbane, it said.

Most of the route changes have to be approved by the government, the company said.

From January to June, Korean Air’s net losses deepened to 458 billion won (US$378 million) from 314.7 billion won in the year-ago period due to the won’s weakness against the dollar.

The country’s biggest full-service carrier is widely expected to report worsened earnings results for the rest of the year if the ongoing nationwide campaign against travel to Japan and its products continues.