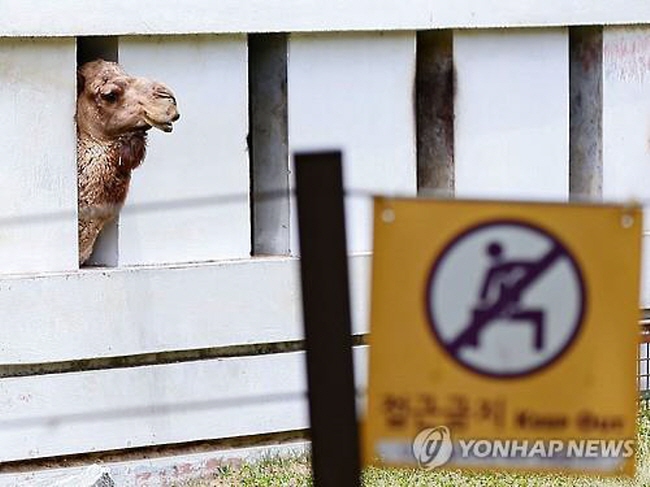 All of the camels in Korea are being quarantined, although none of them are from the Middle East. (image: Yonhap)

SEOUL, Jun. 8 (Korea Bizwire) — Camels in Korea are being isolated and tested for the MERS virus to ease the anxiety of visitors to zoos, although all of them were imported from Australia or born in Korea.

According to the Animal and Plant Quarantine Agency on June 7, citizens do not have to fear becoming infected with the virus when getting close to the camels, as none of them are from the Middle East.

However, all of the camels in Korea are being quarantined, as camels are widely known to transmit the MERS virus in the Middle East.

Recently, two camels that were born in Korea at Seoul Grand Park were isolated and tested for the virus. After they tested negative, they were returned to their usual zoo habitat.

However, a camel at Uchi Park Zoo that was imported from Seoul Grand Park is still under quarantine.

A camel-experience entertainment company based in Jeju, which has the largest population of camels in Korea at 24, temporarily halted operations on June 5.

On June 6, all of their camels tested negative for the MERS virus, and the company is planning start its usual programs again soon.