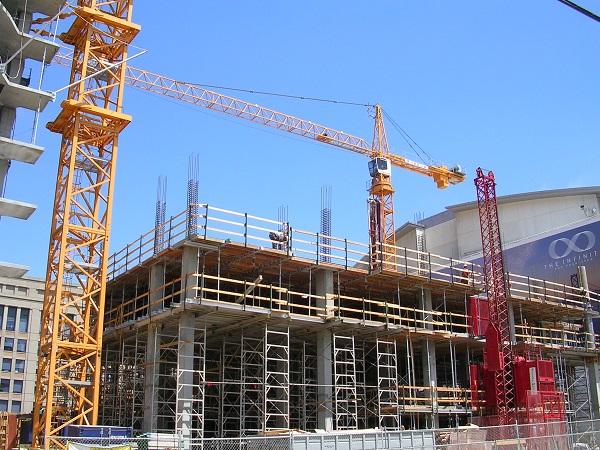 Daelim Industrial fell to the sixth from the third while GS E&C ranked No. 10 from the eighth. (image: Wikimedia)

European contractors recently put their utmost effort to win major contracts in the Middle East, according to a report published by the Korea Automotive Research Institute, an affiliate of Hyundai Motor Group.

The report showed that Italian oil and gas industry contractor Saipem won an oilfield expansion project ordered by Saudi Aramco, a Saudi Arabian state-run oil company. Korean contractors also participated in the bidding for the US$3-billion project, but lost to the Italian rival which submitted a $1.6-billion bid. Saipem won another $3-billion gasification project in Jizan, Saudi Arabia, as well early this year.

According to Engineering News-Record, a weekly magazine for the construction industry, Greek Consolidated Contractors Company ranked No. 3, up by two steps, on the basis of sales volume. Saipem also stepped up, taking the fifth place from the sixth in 2012. In contrast, Daelim Industrial fell to the sixth from the third while GS E&C ranked No. 10 from the eighth. Both are Korea’s leading construction contractors.

The current trend is largely because contractors from European countries began to expand their clout in the market, which used to avoid bidding for low-margin contracts. “As the economies in Europe have been sluggish, the local contractors which used to earn a lot of money within the European market started to find additional customers in other markets. With their competitive position from the weak euro, they have fiercely competed with Korean companies,” said an official of a large Korean construction company.

The report warned that construction projects from the Middle East are expected to taper off as oil prices continue to fall. “Oil prices are expected to fall for one to two years with the expansion of oil supply from North America and the Organization of Petroleum Exporting Countries. Therefore, domestic contractors should find other promising markets,” said Hyun Tae-yang, senior researcher of the institute.