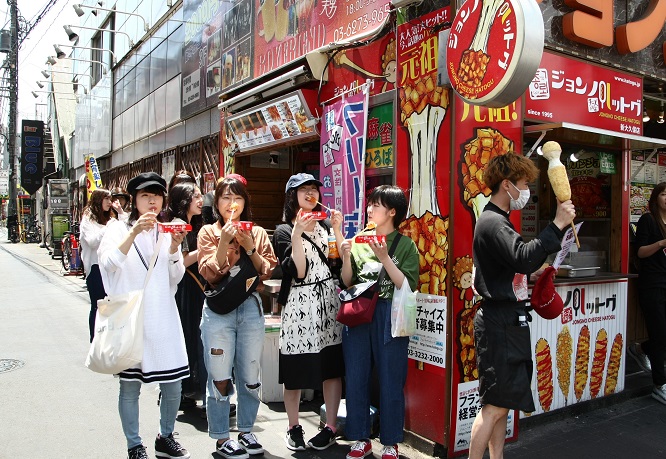 Shibuya 109, a popular Japanese fashion mall, conducted a survey of 600 female customers between the ages of 15 and 24, showing that many of them prefer Korean products, the Korea Trade-Investment Promotion Agency (KOTRA)’s branch in Osaka said Wednesday.

Korean products were included in 5 out of 8 categories in the survey, including drama/television shows, cosmetics/skin care products, fashion, cafe/food, and home cafe.

In the field of cosmetics and skin care products, Romand’s lip tint, which does not adhere to protective masks, topped the charts.

In cafe and food, the so-called ‘fat macarons’ and cheese kimbap rolls ranked second and fourth in the charts. In the category of home cafe, dalgona coffee and Korean-style seasoned fried chicken ranked first and fourth, respectively.

All of these products first appeared in South Korea before moving into Japan via social media.

KOTRA explained that the increasing popularity of Korean products is attracting more visitors to Korea Town in Osaka, Japan.

“Young Japanese customers say they come to Korea Town to experience what it’s like to travel to South Korea,” said the owner of a Korean food store in Korea Town.