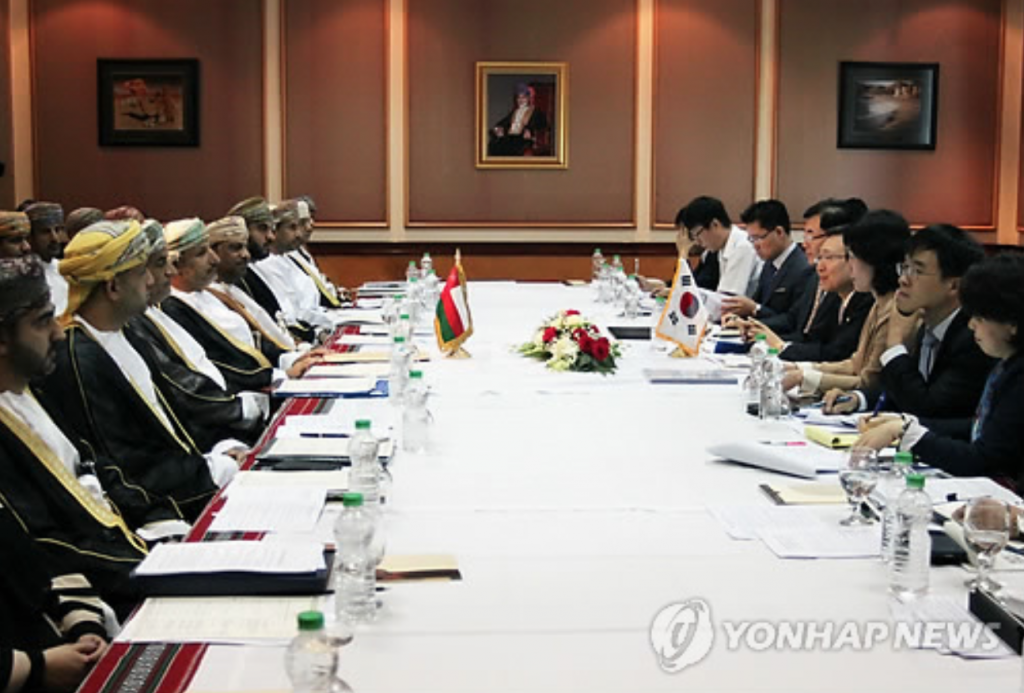 The two countries will launch a working-level group of experts from the government and business community to discuss cooperation in renewable energy and an energy storage system. (image: Yonhap)

The two countries came to an agreement at their economic cooperation committee meeting, according to ministry officials. The committee has been meeting every other year since 2009, this time in Seoul.

Oman agreed to South Korea’s participation in building a refinery in Duqm, a petrochemical plant in Sohar, the Oman-Iran underwater gas pipeline, a national railway network and other related facilities, officials said.

Oman will consider setting up a “Korea Desk” that will assist South Korean companies operating in the country and serve as a one-stop center for solving administrative problems, they said.

The two countries will launch a working-level group of experts from the government and business community to discuss cooperation in renewable energy and an energy storage system. They will also seek an agreement for information and experience sharing between regulatory bodies, officials said.

Oman aims to produce 10 percent of its energy output in renewable energy by 2020.

“We will jointly launch a working negotiation group to assess the implementation of the agreements,” a ministry official said. “We intend to hold the first meeting next year.”