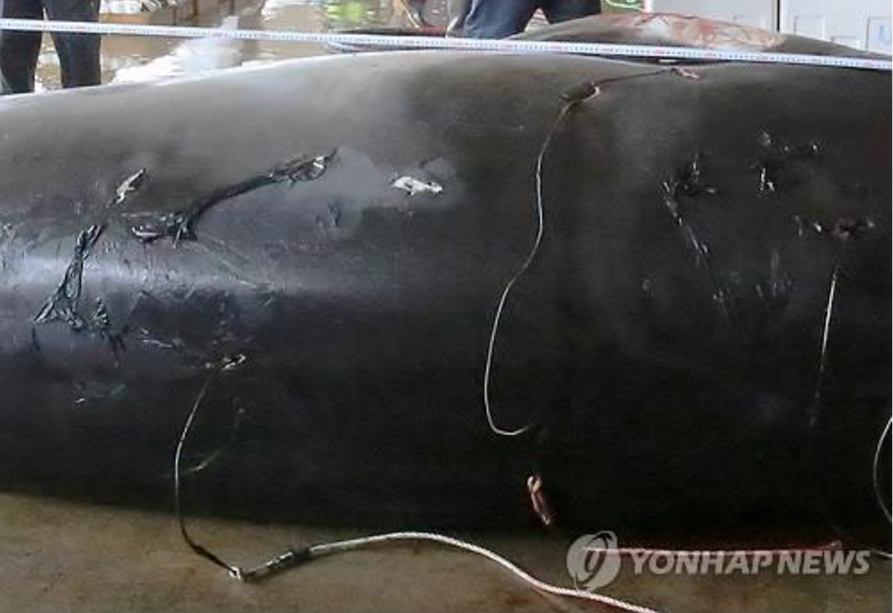 Korean poachers have been relentlessly pursuing minke whales, called the ‘Lotto of Oceans’ by fishermen, due to the stratospheric prices they often fetch. (Image Courtesy of Yonhap)

SEOUL, May 26 (Korea Bizwire) – Korean poachers have been relentlessly pursuing minke whales, called the ‘Lotto of Oceans’ by fishermen, due to the stratospheric prices they often fetch – a single minke whale can sell for between 30 million won and 60 million won.

Market prices for minke whales have skyrocketed since 1986, when the International Whaling Commission (IWC) set a global moratorium on commercial whaling. For instance, a five-meter minke whale would sell for 40 million won on average, but could bring in up to 80,000,000 won at restaurants, and at whale meat whale meat restaurants in Ulsan, 250 g of whale meat sells for about 100,000 won, much higher than similar prices for beef.

[Related] Why Do Large Mammals Such as Minke Whales Rarely Get Cancer?

Each whale meat restaurant sells at least two and up to six whales worth of meat per year, resulting in a total of at least 240 whales being sold per year throughout the country. 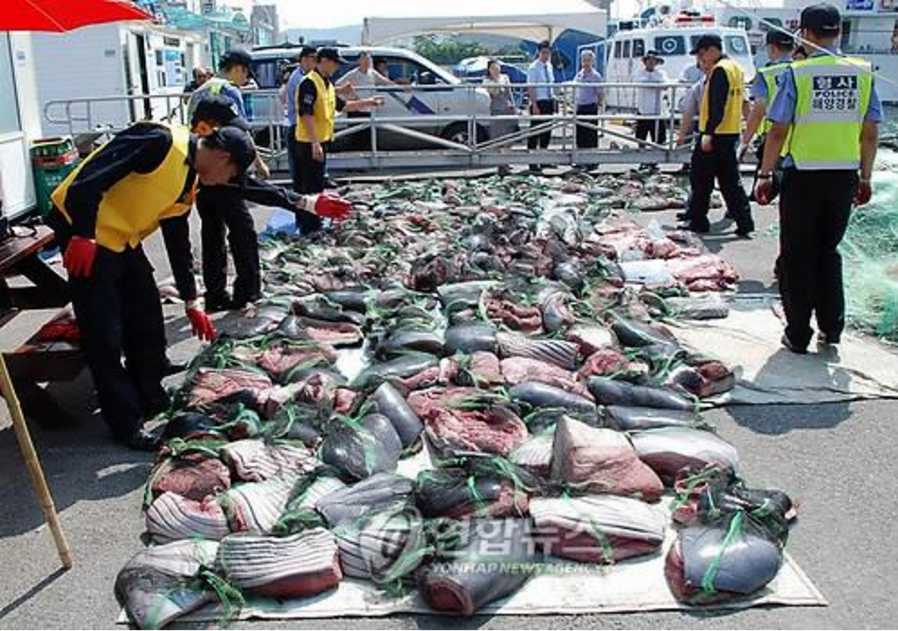 With the high price and demand for whale meat despite whaling bans, law enforcement agencies have been apprehending more and more poachers, either in action or by tracking them from markets. (Image Courtesy of Yonhap)

However, what many whale meat consumers remain unaware of is the gruesome whale poaching process itself. Poaching is usually conducted by two vessels too small to be caught on marine police radars. Whales, being mammals, must rise to the surface every 10 to 20 minutes to breathe, and poachers target this moment to fire their harpoons.

Once a harpoon penetrates the whale’s skin, it shoots out small spikes or barbs, gripping the flesh. A long rope is also attached to the harpoon rod to ensure that the whale cannot escape from the poacher’s hands. After the first vessel attaches a buoy and anchor to the captured whale, another vessel comes at night to collect the whale.

With the high price and demand for whale meat despite whaling bans, law enforcement agencies have been apprehending more and more poachers, either in action or by tracking them from markets. The police arrested Jung (52) last October for allegedly distributing 700 million won worth of minke whale meat in a Busan market, with one kilogram going for 70,000 won.

Officials estimate that he sold a total of 13 or 14 whales over the course of four years. During the same month of October, the police indicted ten ship owners, wholesale merchants, and carriers who poached over 20 minke whales in the East Sea, and also indicted without detention 34 others.

“The reason why there is no eradication of whale poachers even though we catch so many of them each year is because of the continued existence of whale meat restaurants that sell whale meat at such high prices”, said secretary general Hyung Geun Kim from the Ulsan Federation for Environmental Movement on May 25. “We must get rid of the whale meat culture altogether, and transform the Ulsan Whale Meat Festival into a cultural festival focused on whale-watching ships and whale museums,” he added.