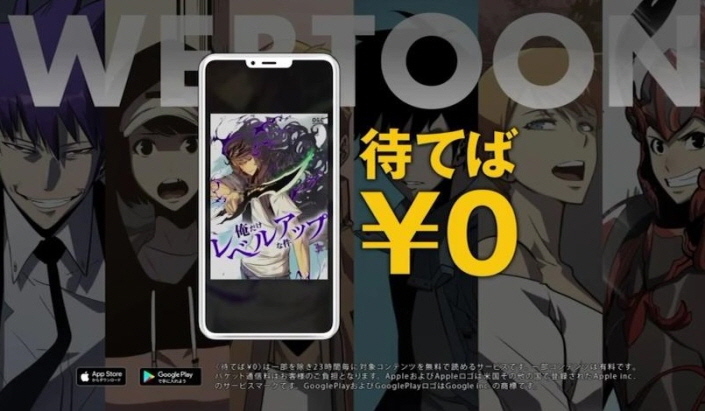 This image captured from Piccoma shows its Japanese service.

Japan’s MMD Laboratory reported that LINE Manga was most the widely used webtoon app at 41.9 percent as of June, followed by Piccoma at 37.3 percent.

LINE Manga and Piccoma were the top two most widely used webtoon apps in Japan in 2020.

Research Institute for Publications reported that Japan’s e-manga market stood at 149.1 billion yen (US$1.02 billion) in 2016 before almost tripling to 411.4 billion yen over the next five years, accounting for 90 percent of Japan’s e-book market and surpassing the size of the country’s paper manga market by a factor of 1.5.