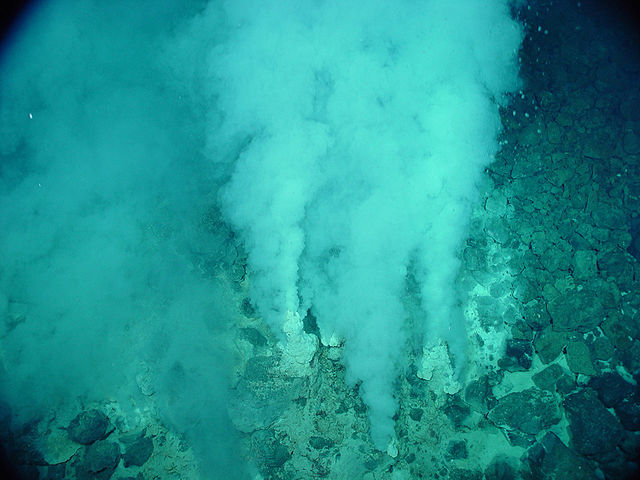 SEOUL, Aug. 21 (Korea Bizwire) – The Korea Polar Research Institute announced on August 21 that it had discovered hydrothermal vents on the Antarctic Ridge for the first time in the world, and collected new species while exploring the region through the icebreaker Araon.

Hydrothermal vents in the oceanic ridge provide energy to the deep sea, where solar energy cannot penetrate, and form hydrothermal ecological systems. Although water temperatures reach the boiling point in the immediate vicinity of the vent, they cool down a few hundred meters away to around 20C, where sea creatures congregate.

To understand the effects of hydrothermal vents on ecology, scientists should grasp the characteristics of vents in the Antarctic area. However, due to the harsh oceanographic conditions, it is hard to approach the Antarctic Ridge.

In the meantime, they collected new species of Kiwa crab and seven-armed Paulasterias starfish in the hydrothermal ecosystem.

With the findings, the Polar Institute of Korea explained that there would be new hydrothermal ecology, raising the possibility of circum-Antarctic biogeographic connections of vent fauna.

Park Sung-hyun, researcher at the institute said, “We made such achievement under the harsh conditions of four or five meter-tall waves and strong winds. This will be the stepping stone for further research on the dispersion of hydrothermal vents and their ecologies.”

The research will be featured in the August edition of the international academic journal “Geochemistry, Geophysics, Geosystems”.