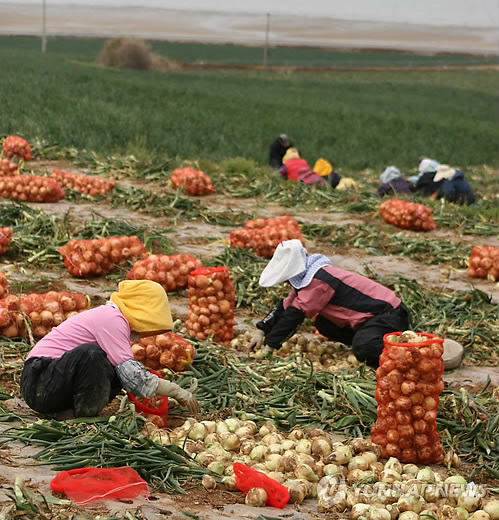 SEOUL, Nov. 18 (Korea Bizwire) – Recycling agricultural by-products, especially the peel of fruits and vegetables, is becoming extremely popular in Korea, allowing farms and businesses to make better use of the nutritious benefits of this type of waste, while saving on disposal costs.

Jeollanamdo Agricultural Research & Extension Services recently transferred its latest technology for extracting quercetin from onion skins to a local company, Haebong. Quercetin is an antioxidant found in onion skin that has various uses including in dietary supplements, quasi-drugs, and animal feed.

The technology, which includes refining quercetin extract from dried onion skins, was patented by JARES in 2013, according to officials.

Muan County, Korea’s largest production hub for onions, is also making use of the vegetable’s remains.

The county is currently building a recycling facility specific for onion by-products, which would otherwise cost 80,000 to 100,000 won ($67 – $85) per ton for disposal. It plans to use the plant to not only efficiently dispose of the waste, but also to develop value-added products using substances derived from onion skin like quercetin, bioethanol, and rare sugar.

Meanwhile, animal feed is the most common recycling method for fruit peels.

The Rural Development Administration recently developed a feed for edible insects using tangerine peels. Being among the more popular fruits here, up to 100,000 tons of tangerines are processed each year in the production of juice alone, while only a small portion of the residue is reused as livestock feed.

According to the RDA, using the remaining waste to produce feed for edible insects is an environmentally-friendly solution for the disposal of the by-products, and reduces the unit cost of insect feed production. 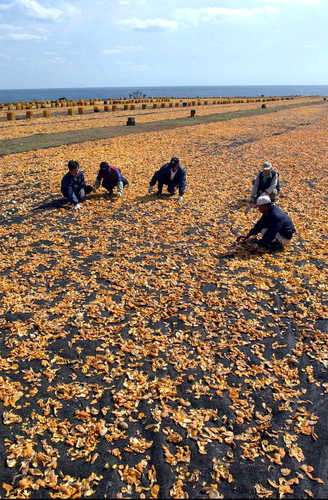 In addition, the newly developed feed was also found to increase the weight of protaetia brevitarsis seulensis (Kolbe) larva by a factor of 1.8, and their survival rate by 43 percent  compared to conventional feed, after a period of two months.

Sangju, one of the biggest persimmon producers, launched a new high-end brand of hanwoo, Korean beef from a local breed of cattle, after feeding the cows persimmon by-products.

Officials said that the new beef has a cleaner taste, and provides a larger area of sirloin. The peels are rich in sugar, functioning as a fermentation agent, as well as in minerals and vitamins, making them highly valuable assets for feed production, they added.

Ursolic acid is a chemical compound known for antioxidation and antibacterial properties, and suppressing cancer cell growth. It was also found to be effective in reducing skin wrinkles, according to officials.

“North Gyeongsang Province (Gyeongsangbuk-do) accounts for 63.6 percent of all apple production in Korea,” said an official. “Developing products using apples from the region will help boost the local farming industry.”