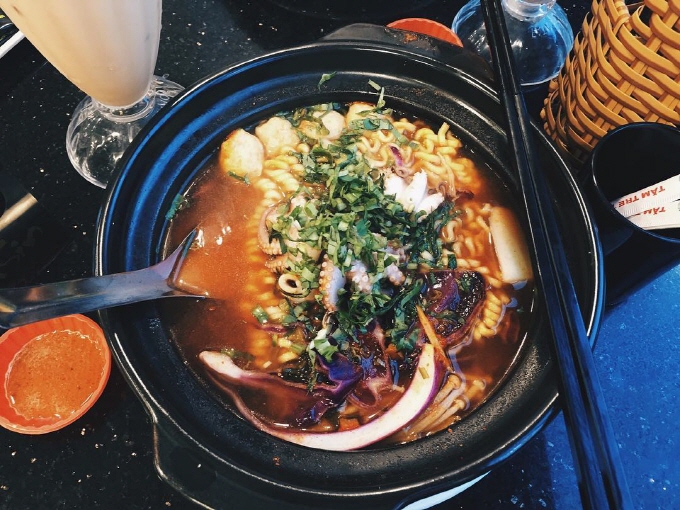 A local restaurant franchise Sasin was the first to introduce Vietnamese to Korean spicy food when it was established in Ho Chi Minh City in 2016.

Sasin, a franchise with 46 stores across Vietnam, offers mi cay, Korean-style noodles, as its signature dish. Mi cay means ‘spicy noodles’ in Vietnamese. Customers can choose the level of spiciness.

Sasin uses Korean recipes and follows the Korean method to make their noodles.

“The Korean ramen boom led by Sasin has worked as a new opportunity for Korean noodles to take a new spotlight for Vietnamese consumers,” said the Korea Trade-Investment Promotion Agency (KOTRA).

Dookki, just one year after opening its first restaurant in Ho Chi Minh City in November 2018, has opened its 30th store in Vietnam, with the brand’s popularity increasing rapidly.

KOTRA pointed out that Dookki’s localization strategy was mainly responsible for the company’s success.

Dookki, unlike other Korean companies, refrained from opening shops in neighborhoods frequented by Koreans, but in local areas with a fluid population of local residents.

Dookki only uses recipes produced in Korea, including tteok (rice cakes), fish cakes, noodles, sausages, and vegetables, and offers topokki in various flavors to attract customers from young to old.

“Korean food companies need to understand the consumption patterns and food culture in Vietnam in order to successfully penetrate the market,” said KOTRA.