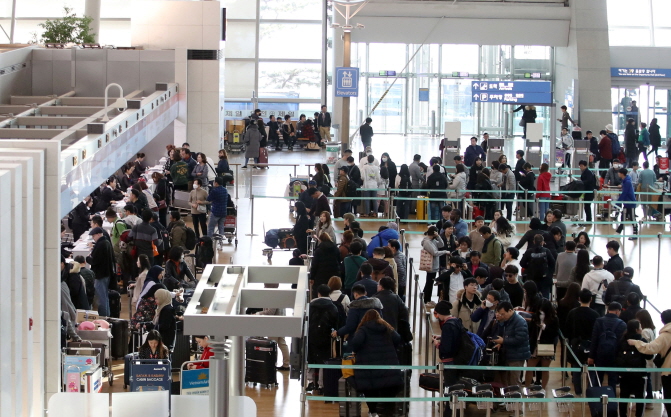 For the whole of 2019, 123 million passengers, including 90 million on international routes, flew with full-service and low-cost carriers, according to the Ministry of Land, Infrastructure and Transport.

The number of passengers on international routes jumped 5.2 percent on-year last year, mainly helped by increased numbers of flights by low-cost carriers and recovering travel demand in China, it said.

The number of passengers on domestic routes increased 4.4 percent to 33 million during the same period, the ministry said.

In contrast, air cargo deliveries fell 3.8 percent on-year to 4.27 million tons last year on decreased exports of IT products amid the U.S.-China trade row and Japan’s restrictions on exports of key materials used to make chips and displays to South Korea, it said.