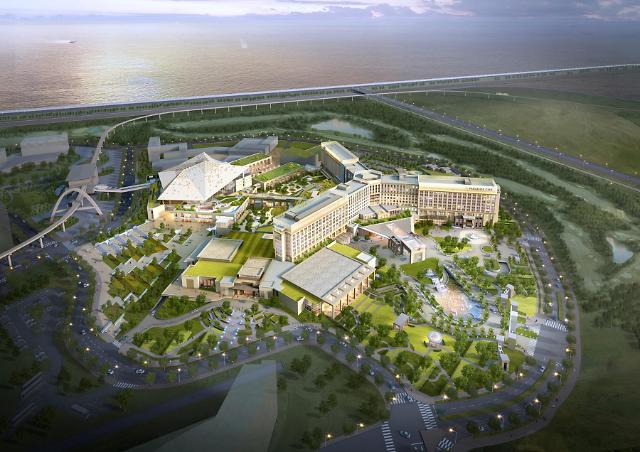 Paradise-Sega Sammy is a joint venture between Korea’s Paradise and Japan’s entertainment company Sega Sammy. The first-stage construction project, at the cost of 1.3 trillion won, involves building a foreigners-only casino, a five-star hotel with 711 guestrooms, a convention center, restaurants and luxury spas by the first half of 2017. The company plans to begin the second-stage project immediately after the end of the first one.

The newly built entertainment complex is easily accessible through Incheon International Airport nearby. Within four hours of flying distance, as many as 1.35 billion populations reside. The distance from the surface transportation center within the airport is only 1.1 kilometers in a beeline. It takes about 10 minutes on foot from the airport.

According to Incheon Free Economic Zone Corp., in addition to the Paradise-Sega Sammy project it expects to sign two more contracts including one with the Lippo-Caesars consortium by the year’s end and with Chowtaifook, Hong Kong’s top retailer, to invest up to $1 billion in Incheon’s Yeongjong Island.