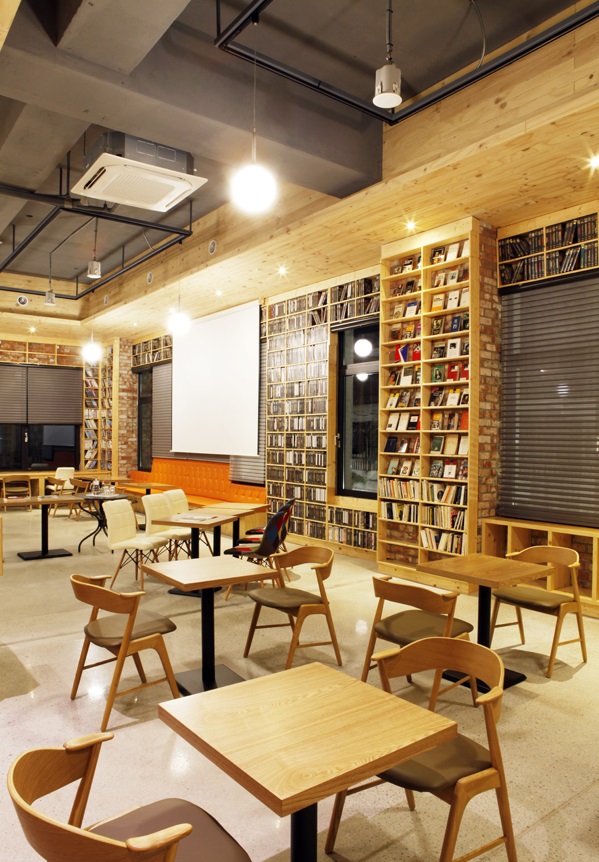 The books and clips are not only from Korea, but also imported from the U.S., European countries and Japan, enriching the library’s resources.

The library also has an exhibition section of antique film projectors and analogue film cameras. The facility is expected to be a relaxing spot for Jeonju citizens and film festival tourists, since anyone can watch classic to just released films at the library’s cinema.

Yang Bong-soo, president of Jeonju Movie Hotel, said that although the city of Jeonju has been rising on the map as a film festival city, he had felt that more could be done in terms of providing more cultural facilities to the city. He promised to give all the support the library needs to be a successful hub of cinema culture for cinephiles and Jeonju citizens.

Jeonju Movie Hotel is also a relatively new accommodation on Jeonju’s Movie Street, which is the venue for the annual Jeonju International Film Festival. The hotel opened on October 14, 2014 with 71 single and double rooms. The hotel is also known for its special exhibition of 150 vintage movie posters from Korea, America, Russia and Japan.