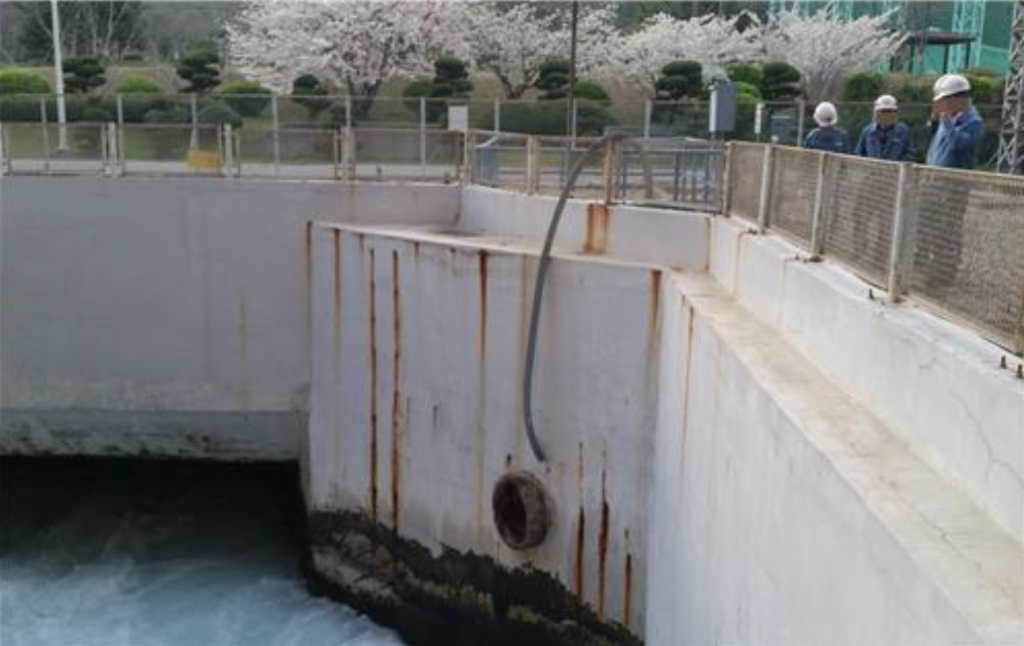 Under normal circumstances, the oil mixture must be separately stored and disposed of by an outside waste disposal company. But by using the newly-installed pump, the plant was able to discharge the toxic liquid directly into the ocean. (image: Yonhap)

ULSAN, Aug. 2 (Korea Bizwire) – One of Korea’s major power producers, East-West Power Corporation (EWP), has been caught spilling 290 tons of polydimethylsiloxane (PDMS), an anti-foaming agent, and an oil mixture into Korea’s eastern seas. PDMS is a Y-class harmful liquid material according to the Marine Environment Management Act, and its marine discharge is strictly prohibited as it can damage marine resources, human health, and the overall maritime environment.

The Ulsan Coast Guard apprehended two suspects accused of complicity in the matter on Monday: the 45-year-old deputy head of the environment management department at Ulsan’s Thermal Power Plant for illicitly spilling 290 tons of the agent blended with 3 billion tons of cooling water from February 2013 to July 2015, and a 54-year-old employee from the power technology department for installing a submersible pump inside the plant’s fuel filter unit to illicitly discharge the oil mixture. Both employee’s names were kept confidential.

Under normal circumstances, the oil mixture must be separately stored and disposed of by an outside waste disposal company. But by using the newly-installed pump, the plant was able to discharge the toxic liquid directly into the ocean.

The investigation commenced earlier in March, with nearby residents and marine industry officials reporting a terrible stench around the area. The coast guard first confirmed the use of PDMS by the power plant through a search and seizure operation at EWP’s Ulsan headquarters.

Investigators also called on the National Forensic Service to analyze residual oil elements from the fuel filter unit and the hose that was discharging the liquids, which were ultimately found to be identical. The coast guard also estimated that an additional 210 tons of PDMS could have been discharged illegally since 2011 if the plant’s predecessors also engaged in the illicit activity, and plans to expand its investigation of former employees.

“The discharge of pollutants has taken place over a long period of time,” said a coast guard official. “So we’ll definitely investigate the possibility of aiding and abetting the activity at a much higher level. We’ll also investigate other marine facilities operated by public enterprises for similar kinds of criminal activities.”

The EWP’s Ulsan headquarters has since refuted all accusations, saying, “the submersible pump was installed as a precautionary measure to prevent the oil mixture from overflowing into the ocean during natural disasters like heavy rain and typhoons – not as a means of covert discharge.”

As to the PDMS leakage, the company said that the agent has been used by all power plants as an anti-foaming agent because there are no specific guidelines regarding the use of the material. It also emphasized that it stopped the use of the agent in August 2015, following the controversy over the use of the substance.

The coast guard said that EWP’s explanations were ‘unconvincing’, because the installed submersible pump does not have the capacity to discharge large volumes of water in a short time period, and also because the company’s ‘unawareness of the toxicity of PDMS’ is an incomprehensible excuse.