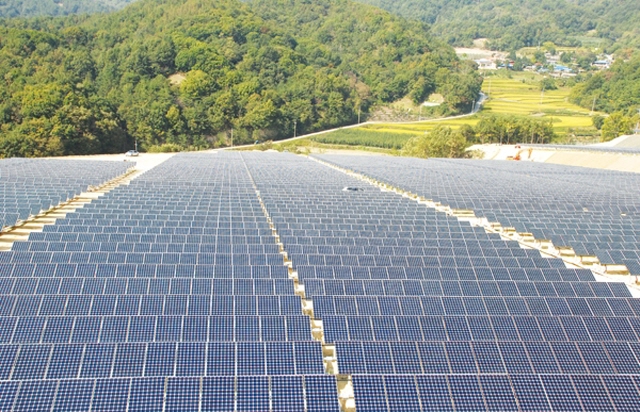 DAEJEON, Mar. 26 (Korea Bizwire) — Experts are concerned over the problem that solar panels are being installed in areas that are ten times the size of forests being created to reduce fine dust.

Rep. Kim Tae-heum, a member of the main opposition Liberty Korea Party, revealed that a total of 5,553 projects have been approved for the installation of solar panels in mountainous areas that stretch across 2,443 hectares, which is ten times the size of urban forests created across 248 hectares last year as part of the initiative to reduce fine dust.

The Korea Forest Service and Ministry of Environment announced plans to slow down the rapid expansion of solar panels in mountainous regions last May. However, Kim argued that the plans only exacerbated the process.

“Solar panels are spreading like wildfire in mountainous regions thanks to the government’s post-nuclear and renewable energy policy, causing significant damage to our mountains and forests,” said Kim.

“The Korea Forest Service should conduct systematic checks on solar panel facilities to come up with a plan to properly manage them.”