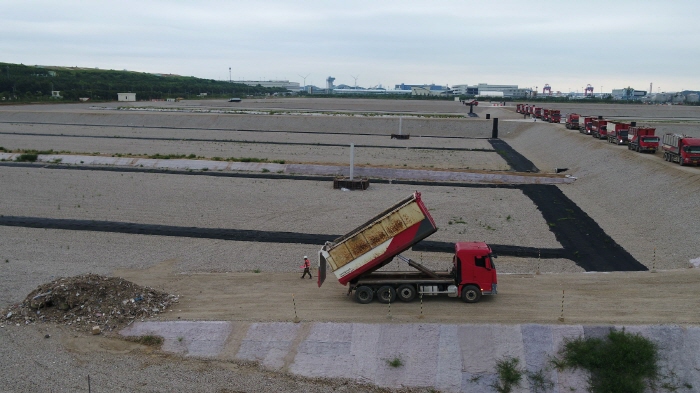 SEOUL, Mar. 25 (Korea Bizwire) — Experts are concerned over landfills in the Greater Seoul Metropolitan Area that are expected to reach their maximum capacity by the end of 2024.

“Plastic bags, after being reclassified as domestic waste rather than recycled waste, have led to the increased inflow of waste into landfills,” said Kim Ryeok, head of landfill management at the Metropolitan Landfill Site 2, located in Seo District in Incheon.

“An increasing number of single-person households and outdated incineration facilities are accelerating the process.”

More than 13,000 tons of waste are being brought to landfills every day, exceeding the daily accommodation capacity by more than 1,000 tons.

Currently, the Metropolitan Landfill Site 2 has reached its maximum capacity, and the waste that has been brought in to the new Landfill Site 3-1 which began operations last September has already filled 7.7 percent of the space available.

“Looking into the average amount of waste brought in over the last five years, it is safe to assume that Landfill Site 3-1 will completely be filled up by November 2024,” said Kim.

“We need at least seven years to build a new landfill site. By the time we finish its construction, all of the landfill sites will be overflowing with trash.”

Building an additional landfill site is not an option, however, as the city of Incheon vowed to shut down the use of all landfill sites by August 2025.

The Ministry of Environment, Seoul Metropolitan Government, Gyeonggi Province, and the city of Incheon agreed in June 2015 that landfill sites can be expanded temporarily in case alternative sites cannot be found before the current landfill sites fill up.

However, Incheon has recently shifted from the agreement, rejecting any proposals to build additional landfill sites in the city.

Building new landfill sites in the Greater Seoul Metropolitan Area outside of Incheon also faces difficulties due to strong resistance from residents, particularly on Yeongjongdo Island and other candidate locations for the new landfill site.

“We have rounded up a list of possible landfill sites in Incheon and Gyeonggi Province, but we have yet to decide on how we will announce and carry out the project,” said an Incheon city official.

The Sudokwon Landfill Site Management Corp. (SLSMC) has currently proposed drafting preliminary designs for a new landfill site as it seeks to prepare for the worst-case scenario – the overflowing of landfill site 3-1 and a complete failure of waste disposal processes in the Greater Seoul Metropolitan Area.

“To maintain stability in the disposal process, we will need to first complete necessary procedures before we discuss choosing the locations for the new landfill site,” said the SLSMC.