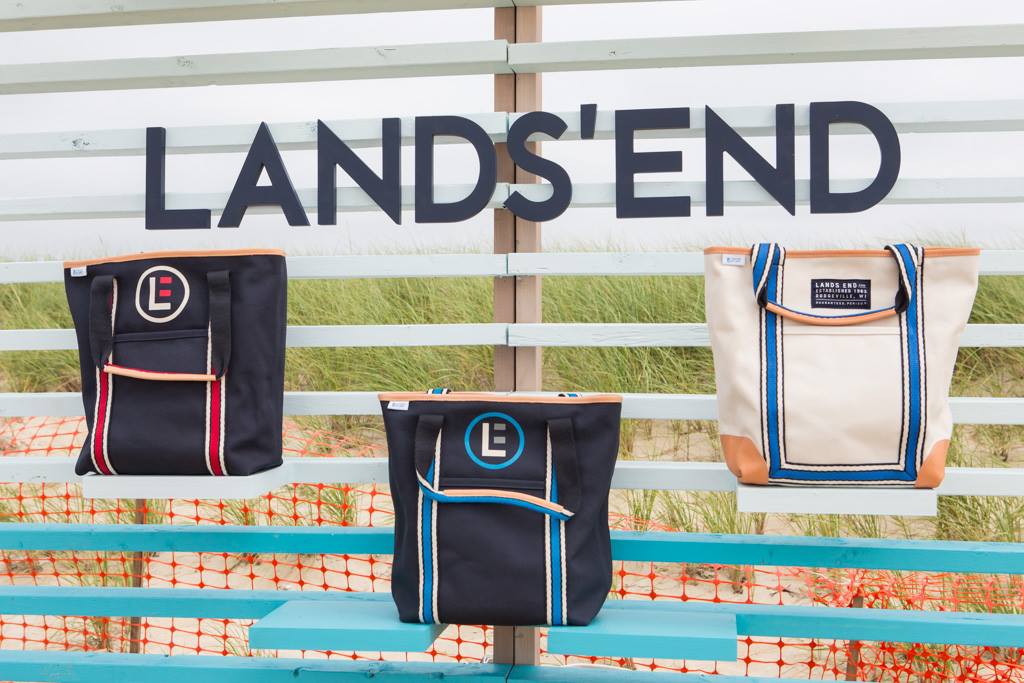 DODGEVILLE, Wis., Dec. 19 (Korea Bizwire) — Lands’ End, Inc. (NASDAQ:LE) today announced that its Board of Directors has named Jerome Griffith to be the Company’s next Chief Executive Officer. Griffith is a highly respected global executive with extensive experience driving growth and innovation for iconic consumer brands, who most recently served as President and Chief Executive Officer of Tumi Holdings.  He will also join the Lands’ End Board of Directors.

Josephine Linden, Chairman of the Board of Lands’ End, said: “After a comprehensive search conducted by Heidrick & Struggles, we are thrilled to welcome Jerome Griffith as Lands’ End’s next CEO. Jerome is an exceptionally gifted leader with an impressive track record of spearheading growth and expansion at several iconic apparel and consumer goods companies. Over the course of his career, Jerome has demonstrated a special talent for innovation in design and functionality to attract new customers while upholding the quality, value, service, and products that current customers love. As Lands’ End continues its evolution at the forefront of the retail industry, we believe Jerome’s experience and tactical execution will improve financial performance and build sustainable long-term value for stockholders.”

Griffith, who will join the Company on March 6, 2017, said: “I am delighted to join Lands’ End as the organization enters its next phase of growth and development. By focusing and building on its core brand values and its heritage of delivering quality, value and service, I believe Lands’ End is well positioned to innovate and grow as a global leader in classic American sportswear. I look forward to working with the entire Lands’ End team to drive the Company forward in a way that expands and strengthens its bonds with its customers while creating compelling value for all of its stakeholders.”

Mr. Boitano and Mr. Gooch, said: “We look forward to sharing our insight and experience with Jerome as we all work together to advance strategic initiatives that meet the needs of Lands’ End’s customers and drive long-term sustainable growth.”

Jerome Griffith Biography
Mr. Griffith served as the Chief Executive Officer, President and a member of the board of directors of Tumi Holdings, Inc. from April 2009 until its sale in August 2016 to Samsonite International S.A., where he now serves as a non-executive director. From 2002 to February 2009, he was employed at Esprit Holdings Limited, a global fashion brand, where he was promoted to Chief Operating Officer and appointed to the board in 2004, then promoted to President of Esprit North and South America in 2006. From 1999 to 2002, he worked as an executive vice president at Tommy Hilfiger. From 1998 to 1999, he worked as the president of retail at the J. Peterman Company, a catalog-based apparel and retail company. From 1989 through 1998, he worked in various positions of increasing responsibility at Gap, Inc. Mr. Griffith is a member of the board of VINCE, Tom Tailor SE, Samsonite and Parsons, The New School of Design. He graduated from Pennsylvania State University with a Bachelor’s Degree in Marketing.

About Lands’ End, Inc.
Lands’ End, Inc. (NASDAQ:LE) is a leading multi-channel retailer of clothing, accessories, footwear and home products. We offer products through catalogs, online at www.landsend.com, www.canvasbylandsend.com and affiliated specialty and international websites, and through retail locations, primarily at Lands’ End Shops at Sears® and standalone Lands’ End Inlet® Stores. We are a classic American lifestyle brand with a passion for quality, legendary service and real value, and seek to deliver timeless style for men, women, kids and the home.