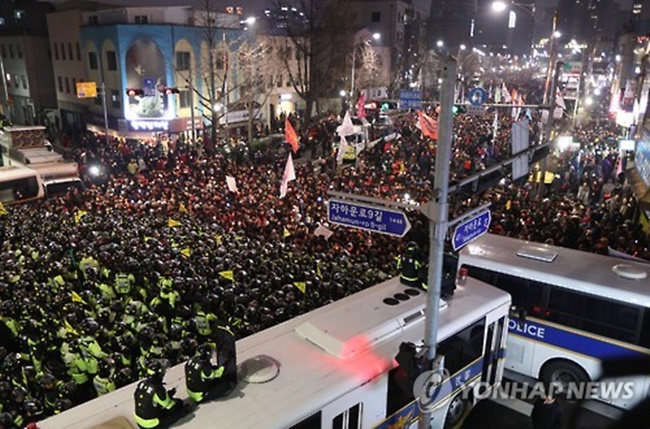 Lee Dae-hyung, an NPA officer in charge of human rights protection, said at a workshop in Busan that in principle, police will no longer deploy riot troops, water cannon vehicles and bus barricades in places of rallies and demonstrations.

Lee said the plan will be reported by the NPA to a presidential policy advisory panel Saturday, along with other measures to better protect the human rights of rally participants, as well as police troops.

In November 2015, a local farmer was put in a coma after being hit by a police water cannon during an anti-government rally in Seoul. He died almost one year later.

The upcoming change in the way police cope with outdoor rallies has come after Moon vowed earlier this week to better protect basic human rights in running state affairs and ordered government agencies to adhere to the country’s human rights watchdog’s recommendations as much as possible.

The presidential office Cheong Wa Dae said Moon will regularly receive reports from the National Human Rights Commission of Korea (NHRCK) and consider evaluating government agencies by the rate that they accept the watchdog’s recommendations.

Specifically, the president has ordered police and confinement facilities to come up with specific reform measures as the number of human rights violation cases reported there marked the majority of the total.

In a related move, the Ministry of Justice said Friday that it will soon come up with measures to improve human rights, medical services and welfare of local prison inmates.

The ministry said it will first conduct in-depth research into possible violations of human rights at correctional facilities nationwide before rolling out measures to improve living and medical conditions of inmates. 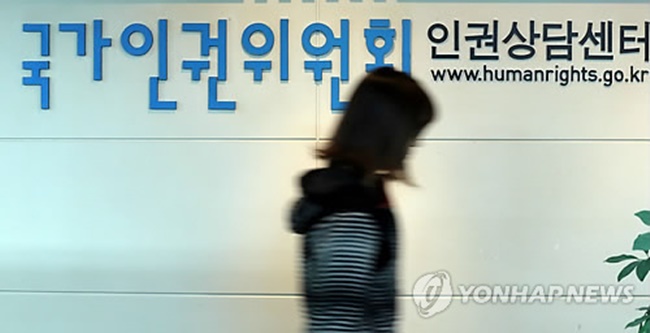 In November 2015, a local farmer was put in a coma after being hit by a police water cannon during an anti-government rally in Seoul. He died almost one year later. (Image: Yonhap)

According to petitions filed with the NHRCK, a new inmate asked for a replacement for his prison uniform, which was too small and worn-out, but failed to receive any reply for over 10 days.

Many inmates have also complained that basic prison supplies, such as blankets and pillows, are insufficient and the current 10-minute hot water shower per week could run counter to human rights standards, according to officials at the rights watchdog.

They also noted that inmates, as a whole, are not given proper medical services.