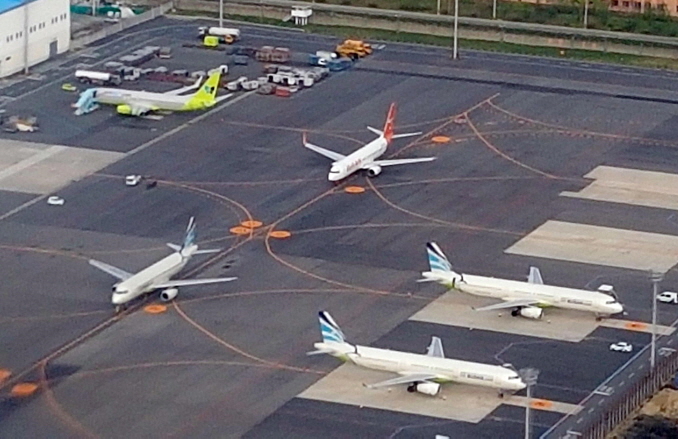 Gimhae International Airport in the southeastern port of Busan. (Yonhap)

The Ministry of Land, Infrastructure and Transport is slated to receive applications for the license from Air Busan Co. and other budget carriers at the end of this month or early February.

The move comes after South Korean and Singapore held aviation talks last year to agree to operate the regular service.

In 2003, regular direct flights were opened between the city state and Incheon, west of Seoul. It was the first direct route between the two nations.

“Competition is expected to be fierce among low-fare carriers to earn the flight license, as the Incheon-Singapore route is highly profitable,” an industry watcher said.

Air Busan is leading the pack, as it began a temporary service connecting Busan to Singapore in early January, a first for the low-cost carrier.

The ministry is known to provide favors to airlines that operate temporary flight services on a route before granting a license for a regular service.

Air Busan said the service will only run through Jan. 29 and will use an A321-200 plane with 192 seats. The company said it will introduce longer-range planes this year to target mid- and long-haul routes.

Based in the port city, Air Busan is an affiliate of South Korea’s No. 2 carrier, Asiana Airlines Inc.

Air Busan is not alone. Eastar Jet has said it will operate a temporary service between Busan and Singapore between Wednesday and Feb. 7.

Other carriers competing for the flight license include Jeju Air Co., South Korea’s biggest low-cost carrier by sales, and T’way Air, according to the sources.