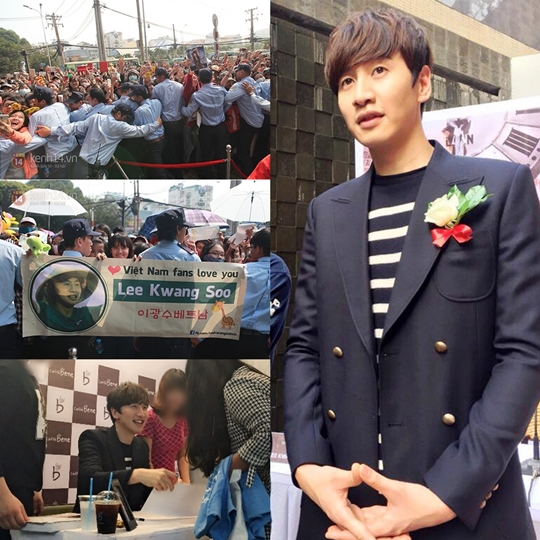 SEOUL, Jan. 27 (Korea Bizwire) — Lee Kwang-Soo, the Korean actor and model who is also dubbed the ‘prince of Asia,’ and has a huge fanbase, made a splash in Vietnam recently as he held an autograph session in Ho Chi Minh City.

KingKong Agency, the company responsible for managing Lee Kwang-Soo’ schedule, announced on January 24 that about 2,000 fans attended a signature event, which took place to celebrate the first Caffé Bene branch in the city.

According to local reports, more than a hundred police officers and security agents had to be called to the event site, as a larger group of his fans were scrambling to enter to catch a glimpse of the ‘prince of Asia’ first hand.

Best known as a cast member of the variety show ‘Running Man,’ the entertainment star enjoys a very busy schedule nowadays. While he appears in many entertainment programs, he also plays impressive roles in TV dramas and films, and features in numerous commercials. He is expected to wow audiences once again in the upcoming film ‘Mutation’.