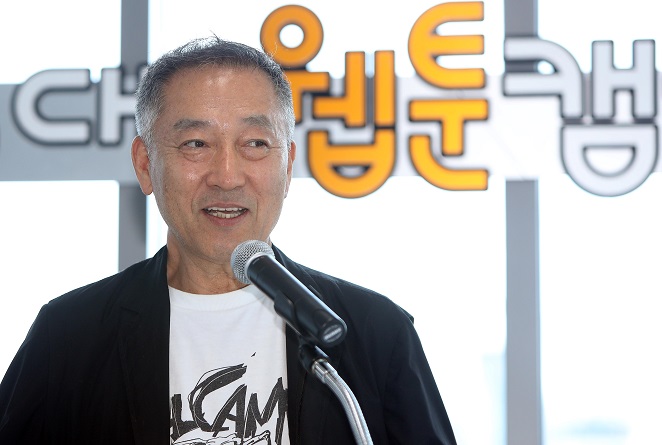 Comic book publisher Jaedam Media Co. announced that it had signed a deal with the 66-years-old legendary cartoonist to develop AI technology for cartoon and webtoon production.

After establishing a dedicated team for technological development, the company will carry out the process of refining and labeling Lee’s cartoons, the equivalent of about 4,174 books created over the past 44 years, and store them as data for AI learning.

After applying the data to the AI, the company will extract new data.

“Screentone, a technique in which background effects are cut out and pasted, was developed in the paper comic book era. 3D tools emerged in the digital comic era,” Lee said.

“Whenever new techniques emerged, there were concerns about the possible disappearance of cartoonists, but they eventually overcame all of the challenges.”

He stressed that AI will eventually be positioned as a new creative tool for cartoonists.